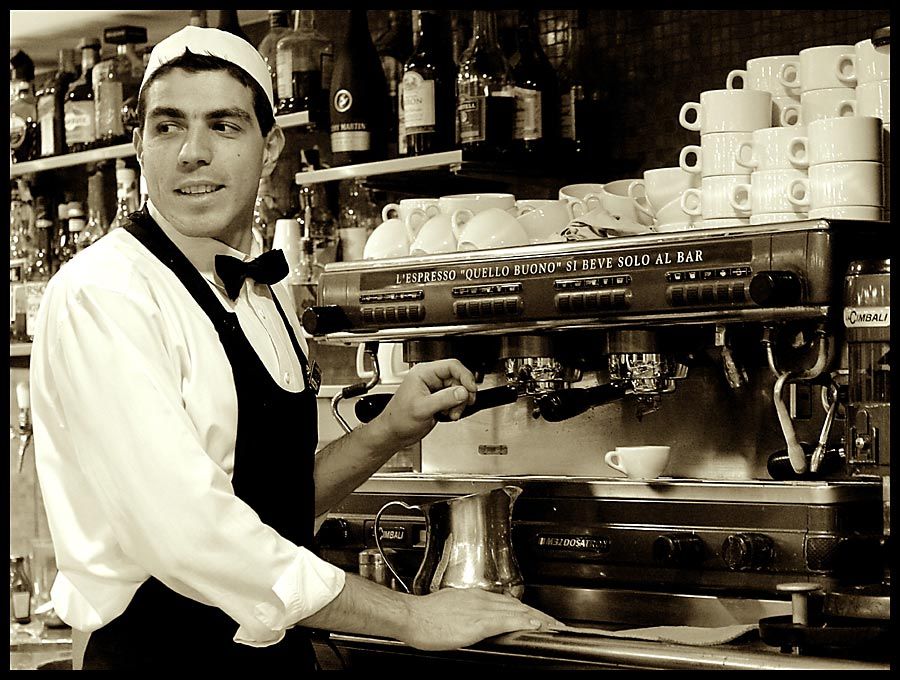 MILAN – Customers in coffee shops can make weirdest requests making the lives of baristas across the counter even more difficult. As if coffee weren’t already a labor-intensive product, baristas are being asked to do more than ever. Gowri Chandra from the site Food & Wine asked nine baristas for their weirdest stories. Here is what she found out.

1. “I worked in a vegan café and a customer came in and wanted ‘real’ milk in his latte. I tried to explain to him we didn’t offer that, so he left and then came back with his own gallon of milk (probably from a bodega on the same block) … We let him use it in his drink and he insisted we keep it, even after we explained it wouldn’t get used.”

2. “This was at another store but I heard about it a lot … there was a guy who would order 13 shots of espresso 2x a day, and the company ended up having to permanently cut him off (for health reasons).”

3. “Someone used to come in and ask for hot water and brew their own tea and sit in the café for hours using the wifi. The owner switched the wifi to have a ‘paying customer only’ screen and told him he had to buy something to stick around.”

4. “I worked at a Starbucks in a fancier part of Los Angeles. Britney Spears was a regular. The paparazzi were crazy as always but we were kind of used to wrangling them. The driveway to the shopping center we were in only had a small driveway in and a small driveway out (one car could fit in each). During one of Spears’s visits, the paps had parked their cars in both driveways to block her (along with everyone else) from getting out. During all the ruckus, another regular came in and asked to borrow a whipped cream canister. We knew him and trusted him, so handed it off to him. He proceeded to walk out, go to the paparazzi’s cars, open the door and spritz the whipped cream all inside. He returned the canister after.”

5. “I had dudes come around the counter at the coffee shop— this is NEVER OK. We had people bring in their own food, which is a health code violation but if it’s birthday cake I’m probably going to look the other way because I’m not a monster.”

6. “I worked at Coffee Bean all through high school 15 years ago and I still remember this woman’s regular order—small chai latte, 170 degrees, half regular vanilla, half no sugar added, soy milk but whole milk foam.”

7. “‘Are you on the dessert menu?’ Ugh. Yes, I understand you are joking. No, you’re not the first person to ask. Also, I had one guy who literally expected me to bring him a NEW cup of coffee as his refill… like, heat up a cup and bring a new full cup every 15 minutes or so. But he only drank a few sips out of each one.”

9. “A middle-aged guy would come in every day and order a king (24 oz.) vanilla caramel 6-shot breve latte (made with half and half), extra whip. We marveled every time he lived to drink another day.”