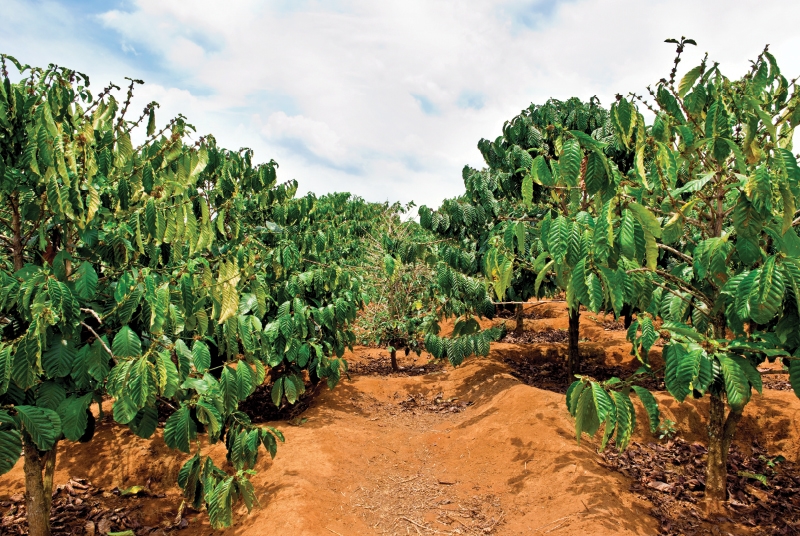 MIAMI, U.S. — Five-year-old Ezra Remer was thrilled when his mother would let him take small sips of her café mocha. Thus began his love affair with coffee.

All throughout his childhood, he heard stories about the beautiful island of Dominica from his step grandmother who visited the country as a freelance reporter for The New York Times. He became obsessed with visiting Dominica.

After Hurricane Maria barreled through Dominica last year as a Category 5 storm devastating much of the island, Remer, a University of Miami junior, was heartbroken. A native of New Orleans, Remer knew that it took a lot to recover from a major hurricane.

“I knew those people were in trouble so I started to participate in relief efforts but I knew more needed to be done,” he said. Then an idea came to him, one that would marry his two passions – coffee and Dominica – and provide long-term relief to the island.

The “Dominica Coffee Revitalization Initiative,” a proposal to revitalize the coffee industry in the island and bring modern technology and human capital to farmers so they could harvest specialty coffee, became his project.

It won for the Atlantic Coast Conference-International Academic Collaborative (ACC–IAC) Fellows Program in Creativity and Innovation fellowship run by UM’s Office of Academic Enhancement. Remer is also a Stamps Scholar, the most prestigious merit award available to UM students.

“Farmers are getting paid like 99 cents per pound of coffee and if you were to buy a pound of that same coffee in the U.S. it would be $15 a pound,” said Remer. One of the project’s goals is for farmers to increase their profits by learning modern techniques of coffee harvesting and planting new seedlings.

Remer, who has worked as a barista in New Orleans and Miami and manages The Billy Goat coffee kiosk on the UM campus, has spent five years learning everything there is to know about the coffee bean.

The fellowship grant, along with Stamps enrichment funds, allowed him to visit the island for 11 days and, teamed with Michael Savarin, the head of a community based non-governmental organization (NGO) in Dominica, he surveyed farmland, talked to farmers and met with government officials to get their approvals to bring in plants, machinery, and experts to help the coffee farmers.

Although Dominica coffee farmers have been growing coffee since the 1700s, they have run into problems in marketing their beans in the international market and with “coffee rust” disease, a plight that eventually kills the plant, said Remer. His project will help with both these challenges. He is also talking to NGOs that work with coffee growers for both technical and financial help.

During the next five years, Remer hopes to incorporate the project as a non-profit and get enough investors to finance it. Toward that end, Remer, a UM School of Communication (SOC) student with a major in documentary films, will create a 15-minute documentary on the history of the coffee industry in the island that will aid with fundraising for the project. He is also building a website for the project.

Jim Virga, assistant professor of professional practice at the SOC, believes that Remer’s project is “brilliant” and that it can create positive change for the people of Dominica.

“He works hard, brings positive energy to class, but most importantly he cares about his community,” said Virga. “He is the type of student who wants to use his talents to make the world a better place.”