Fifteen years of passion and international competitions for product excellence 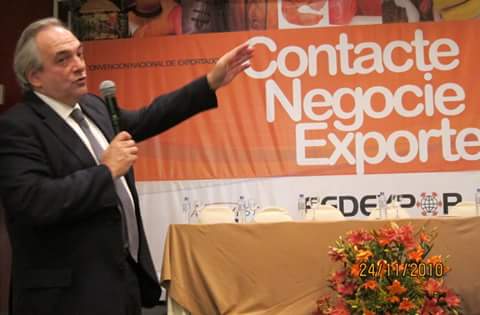 AVPA (Agency for the Valorization of Agricultural Products) emerged from the self-evident: help producers who do great work however are inadequately recognized.

Distinguished in each nation and continent, AVPA’s best producers by its training and information campaigns has revealed insight into these exceptional food products that frequently experience the ill effects of a deficient communication (in the picture, AVPA President Philippe Juglar, ).

As a result of the endeavors of this NGO, more than 2 000 producers,  in almost a  hundred countries participated in the promotional  activities of their exceptional products. More than 500 of them are members of the association.

An extraordinary resonance in these producing countries which is reflected in the presence increasingly visible AVPA label.

Thus, for 15 years, through its international competition, the concept and the recognition of a “French Tasting” and a sensory evaluation methodology around homogeneous families spending and enhance the know-how to ‘origin. With its success for 15 years and the recognition of the increasingly strong “AVPA label” abroad, the association will expand its sensory evaluation fields to other exceptional agricultural products.

A new offer of exceptional oils to consumers

The international competition “Oils of the World” AVPA-Paris was singled out from the beginning by its universality in the field of vegetable oils “all oils in all countries of the world”, since it’s first competition in 2003.

The originality of the AVPA competition is its two-step process:

– A Organoleptic classification categories by professionals who attribute base notes

– The awarding of medals in each category in the final tasting with a jury including French catering chefs.

Thus, with this reasoned presentation of the complex world of exceptional oils, everyone can find the taste that suits him among 250 oils.

Producing countries are reclaiming coffee and the Cafe World is undergoing a revolution.

Initially, colonial plant, the coffee was never really part of the local gastronomic cultures. This national acknowledgment changed the “Cafeteros” in enthusiastic producers and generated a genuine recognition of the market that AVPA identifies with consistently.

In consuming countries, a new wind is blowing in from New Zealand, Australia and California. Baristas and “Specialty coffees”  conveys a genuine request among new purchasers.

The London coffee pubs is likely superior to ledges Paris. To go with these developments, AVPA offers producers of each country, the recognition platform they each deserve. The second release in 2016 affirmed the accomplishment of 2015.

All landmasses are currently present.

This competition has energizing discoveries like Arabusta and “Honey” coffees, also the obscure origins and simply holding up to be delighted in from Nepal, Vietnam, Indonesia and Australia.

France, the memorable capital of gastronomy and bistros ought to be the special place for this new acknowledgment of makers.

Gastronomy is the plunge! The bottled water market is growing steadily worldwide

From 9 liters per person a year in 1999, has increased to 27 liters in 2013. In this buoyant environment, a new trend has emerged in recent years: the Gourmet Premium or water.

In 2015, 2 million Premium water bottles were sold in France and the market for these exceptional waters increased on an average of 20% per year over 5 years.

Bottled waters impress the public with their quality, rarity and design of their bottles and return in supermarkets. In restaurants, these excellent waters are starting to have a special recognized section in the menus.

Whether to set up your sense of taste between courses or find new flavors with a touch of exoticism, Premium – like waters consider the wine-sommeliers to recount a story: the source from which they are originated, their country of origin and their minerality and their novel typicality.

The first international competition of the Gourmet-AVPA Paris-Eaux in 2017 is a further stride in the acknowledgment that these waters perfection whose organoleptic qualities will be a methodological tactile assessment by AVPA.

1st edition of the International Competition of Gourmet Waters