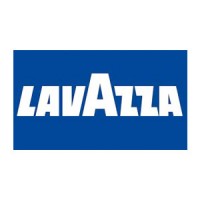 MILAN – For sensual tales that explore the spectrum of human emotions, look no further than the 2013 Lavazza Italian Film Festival.

Proudly presented by Palace Cinemas with the generous support of chief sponsor Lavazza, famed for their expertly crafted coffee blends, the Festival will commence its 14th season from early October to mid-November, screening across 7 cities at 14 romantically indulgent Palace locations.

Continuing its tradition of unveiling a ‘semplicemente superbo’ selection of contemporary Italian cinema, the Festival will present over 27 features and documentaries showcasing the considerable talents of Italy’s internationally renowned film industry. The scope of the Festival is a voyage throughout Italy, and even the world, plunging to the depths of emotion, and heights of delight, all through the eyes of Italy’s best directors.

Launching the 2013 Festival at Opening Night Galas nationally will be The Great Beauty (La grande bellezza) from writer/director Paolo Sorrentino who gained worldwide acclaim with his 2008 drama, Il Divo. A sweeping, evocative tale in the style of Rossellini and Fellini, starring famed Italian actors, Toni Servillo and Carlo Verdone, The Great Beauty garnered many plaudits at this year’s Cannes International Film Festival and tells the story of a celebrated, yet jaded journalist whose glittering, but empty lifestyle is instilled with fresh hope through the memories of a past love and the promise of one to come.

Additional highlights of the Festival’s 2013 programme include:

Officially selected for Un Certain Regard at Cannes 2013, this finely-tuned drama is the outstanding directorial debut of actress Valeria Golino, known to English-speaking audiences through her lead roles in Rain Man and Hot Shots. Irene (Jasmine Trinca, The Son’s Room, LIFF 2001) is an angel of mercy. Going by the pseudonym Honey, she works under the radar and outside the law to assist the terminally ill to pass-on peacefully and withdignity. However the work is not without its costs and Irene lives a largely insulated life with personal relationships kept at arm’s length. But when retired architect Carlo (Carlo Cecchi) enlists her services, a tense yet caring relationship results, causing her usually fierce code of ethics to be tested.

Described by Hollywood Reporter as “part Up In The Air, part Eat Pray Love,” drama and comedy are effortlessly fused in this clever and stylish world-tour of hotels across Paris, Berlin, the Alps, and Marrakesh from thedirector of The Man Who Loves (LIFF 2009). Hotel critic, Irene (Margherita Buy) spends her glamorous days travelling to the world’s best establishments, methodically judging their standards in every fastidious respect. However, she remains supremely unaware of the glaring imperfections in her own life until events shatter her complacency challenging her to find a balance between work and play. Nominated in 5 David di Donatello (Italian Academy Awards) categories and winner of Best Actress for Margherita Buy, I Travel Alone was also named Best Comedy at the renowned Nastro d’Argento Awards (Europe’s oldest film awards, bestowed by Italy’s National Syndication of Film Journalists).

A henchman for the Sicilian Mafia, Salvo is solitary, cold and ruthless in this Italian film noir, which won the Critics’ Week Grand Prix at the 2013 Cannes International Film Festival. After being ambushed by a rival Mafia clan, and winning the shootout, Salvo sneaks into the house of one of the last members to finish the job. Upon entry he discovers Rita, a beautiful, young blind girl who powerlessly stands by while he assassinates her brother. After sparing Rita’s life, Salvo escorts her to an abandoned factory where she is held captive. He battles with his duty to dispose of this witness while his fascination with her grows. An intense part-miracle results in what will be an unbreakable bond between the two.

17-year-old Salvatore, or Toto as he is nicknamed (Alessio Gallo), spends his days selling lemon crushed-ice from a cart in a run-down area ofNaples. Setting out for business one seemingly regular day, he is forcefully enlisted by the local Camorra boss, Bernardino (Carmine Paternoster, Gomorrah) to temporarily guard 15-year-old wild child Veronica (Francesco Riso) in a dilapidated warehouse. Toto is initially resentful, unaware of the reasons for being handed this task. Meanwhile Veronica loathes her imprisonment and her ‘babysitter’. However, as time passes, a friendship develops, despite the sense of impending doom that prevails asthey anticipate the return of Bernadino and the fate that awaits Veronica. Reflecting the omnipresent power of criminals that resides beneath the buff and shine of Silvio Berlusconi’s Italy, The Interval is deservedly receiving accolades worldwide and won Best New Director for Leonardo di Costanzo at the David di Donatello Awards.