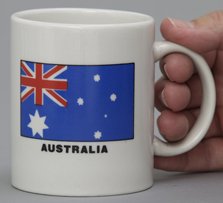 MELBOURNE – Australia has been experiencing a significant growth in the coffee industry due to the boom of new cafés and coffee shops in the past couple of years. According to industry analysts and market researchers, this upward trend will continue over the next few years.

Australia heads into an era where coffee is becoming a daily staple in the life of the average Australian.

Everyone including university students, young professionals and retirees are getting into the flourishing café culture and consumer demands for a good brew are proving to be vital in the surge of the local coffee industry.

It is estimated that the country will experience a 2.6 per cent per annum growth through the next four years until it hits the AU$4.96 billion mark.

There exists an unexplainable bond between Aussies and coffee, and we have embraced it more than any other country in the world.

Coffee has been around in Australia since the late 18th century but it wasn’t until the 1950s that true quality beans where brought in from Europe and South America, through the influence of migrants from both continents.

Today, the country’s top coffee brands like Vittoria Coffee, which is spearheaded by Australia’s ‘coffee king’ Les Schirato, are making it extremely easy for consumers to get quality beans off the shelves of supermarkets.

Not only that, boutique cafés and coffee shops are also using rarer and more exclusive beans to create brews that are unique in strength, taste and aroma.

The café culture is a serious business in Australia and it has been statistically proven that everyone from the average drinker to the coffee fanatic are willing to spend quite a fair bit on takeaway coffee.

Coffee prices have increased tremendously and Perth leads the way with $3.87 for a cup of takeaway cappuccino. This is followed by Hobart at $3.61, Brisbane $3.48, Adelaide $3.44, and Melbourne and Canberra $3.37. 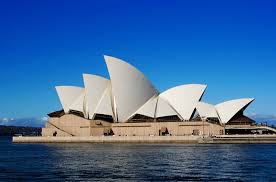 Sydney holds the lowest prices for a cuppa at $3.16.

Between the months of October 2011 and September 2012, the rise of coffee prices in Perth alone helped push the index up by 2.73 per cent, more than double the amount of Australia’s actual CPI of 1.2 per cent.

Cafés are now paying more attention to the art and science of coffee making, and they are also focusing more on the quality of the beans.

The high demand for pure coffee beans from different parts of the world is contributing to the success of Australian pure coffee suppliers like Les Schirato’s Vittoria Coffee.

As consumers get wiser and more educated about coffee, Australia’s pursuit for intriguing and rare coffee beans is only at the tip of the iceberg, and the café culture will continue to thrive through the emergence of small specialty operators.