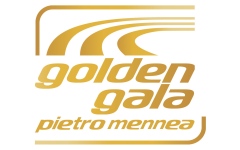 Segafredo Zanetti is the new Official Partner and Official Coffee supplier of the “Golden Gala – Pietro Mennea”, which takes place Thursday, June 5th at the Stadio Olimpico in Rome.

The event, fourth leg of the IAAF Diamond League, was held for the first time in Rome in 1980 and since last year has been named to commemorate Pietro Mennea, one of most important Italian runners of all time.

The elite circuit of the international athletics comprises 14 of the most important events in the world, in which are included races on 32 different disciplines.

All the greatest champions of the last 30 years have participated in this event, writing great pages of history, like the magical pole vault night in 1984, when Sergey Bubka and Thierry Vigneron challenged each other, record by record, in a battle to reach the skies; from then on the Golden Gala has offered many new world records.

And here, at the feet of Monte Mario’s hill, where still resounds the echo of the Olympic Games of 1960, Segafredo Zanetti is present with its products at all the bars and eateries available.