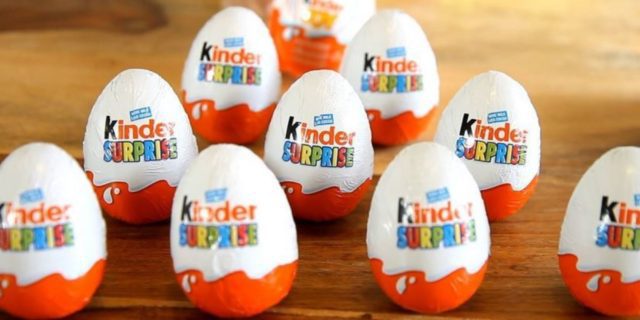 WASHINGTON, U.S. – Starting in 2018, anyone in the U.S. will be able to pick up a Kinder Egg without having to worry about incurring the wrath of the Food and Drug Administration.

Except, this Kinder Egg will look slightly different than its outlawed cousin. The original Kinder Egg consists of a chocolate shell. Inside is a hidden plastic capsule, which usually contains a collectible toy.

The popular European treat was banned in the U.S. due to choking hazard concerns. Any candy with a toy or “non-nutritive object embedded” inside is considered illegal in the U.S.

“It was designed for warmer weather markets 16 years ago, where the shell around Kinder Surprise tends to melt,” spokeswoman for the company told Marketplace.

The U.S.-friendly Kinder Joy Eggs do not come ensconced in chocolate. Instead, shoppers will get two plastic halves of an egg. Inside one half, you will find the toy. Inside the other half, you will find “milk-crème and cocoa flavoring with wafer bites” and a spoon to eat it with, according to Fortune.

“Kinder is the second largest confectionery brand worldwide behind Cadbury,” Martino Caretto, director of institutional affairs at Ferrero, told Fortune. “We hope in time to catch the No. 1 spot with more expansion of Kinder outside of Europe.”

The concerns over choking hazard are not unwarranted. Last year, a three-year old girl in France died after choking on her Kinder Egg toy. At the time Ferrero said it would cooperate with the investigation and added:

The safety of consumer

“The safety of consumers and especially children is Ferrero’s number one priority and the Group strives to provide the safest products possible, going beyond regulatory requirements, and that all products placed on the market are tested by bodies recognized by the EU Commission.”

Drinking cocoa can make you smarter, says a research of the University...