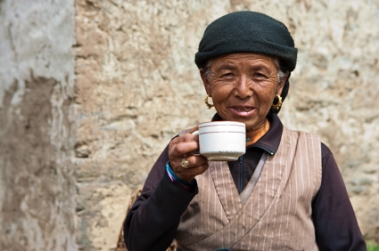 KATHMANDU, NEPAL – Nepali organic coffee has been seeing increased demand in the domestic market with daily sales amounting to more than 300 kg, said coffee shops. The shopkeepers said that the market for coffee has been growing at the rate of 15-20 percent annually.

“Demand for coffee has almost doubled in the last decade,” said Harish Bahadur Chand, manager at Himalayan Java. “The market, which used to be dominated by imported coffee, is now seeing increased demand for local products,” he added. According to him, Nepali coffee has been gaining fans due to its good taste and aroma.

With the growth in demand, the area under coffee cultivation has also increased. According to the board, the area where coffee is grown has jumped three-fold to 1,760 hectares in the last decade.

Meanwhile, production of raw coffee (dry parchment) has also swelled in the same ratio. Nepal produced 418 tons of coffee in the fiscal year 2011-12. Of the total production, 70-80 percent is exported to the US, Japan and Europe.

Chand of Himalayan Java said most of the coffee they buy comes from Lalitpur and Kavrepalanchok. It offers 70-80 varieties of coffee, with prices ranging from Rs 85 for a cup of hot coffee to Rs 200 and above for iced coffee.

According to him, Java Special Browniccino, a cold drink, is popular among foreigners. The shop’s signature product costs Rs 230 per glass. Himalayan Java maintains outlets at Thamel, Basantapur, Civil Mall in Sundhara and Bluebird in Tripureshwor. It has recently opened a new outlet at Sagarmatha Complex in Thamel.

“With the growing coffee culture, demand for local products has also surged in the last six to seven years,” said Narayan Khakurel of Coffee Talk Nepal. According to him, the quality of Nepali coffee depends on the pH level and the climatic condition of the area where it is grown.

Coffee Talk offers 25 varieties of coffee. Café Latte, Cappuccino and Americano are the fast selling hot drinks while blended coffee along with Caramel Frappuccino are popular in the iced coffee segment.

Bsca has unveiled the 35 best coffees of the competition Cup of Excellence, Brazil 2020

International Virtual Congress on Coffee Capsules: the full programme of the event