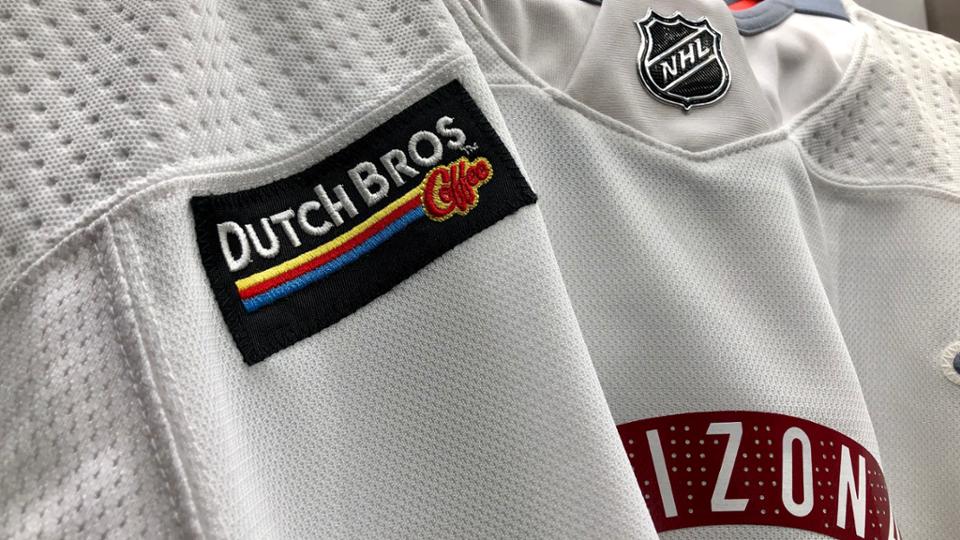 “We are excited to partner with Dutch Bros Coffee and thrilled to add their company name and logo to our practice jerseys,” said Coyotes President and CEO Ahron Cohen. “Like the Coyotes, Dutch Bros Coffee is a company that is on the rise, very active in the community and has a very bright future. We look forward to a strong partnership and their help in growing our brand.”

“It’s an honor to be included on the Coyotes practice jerseys and to come along side and support their growing program,” said Josh Hayes, general manager of Dutch Bros Phoenix. “On and off the ice, the Coyotes are always a light to the community!”

As part of the partnership agreement, Dutch Bros Coffee will be integrated into the Coyotes social media accounts, including exclusive features from the team’s morning skate on game days. The deal will also include in-store activation around the Coyotes “Rally the Valley” promotion, and a charitable tie-in with the Arizona Coyotes Foundation.