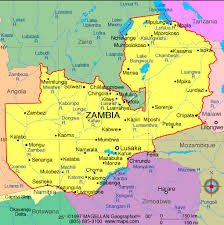 The Zambia Coffee Growers Association (ZCGA) says lack of information and finance in the country’s coffee sector has hindered further exploitation of opportunities in the industry.

ZCGA general manager Joseph Taguma said the association is unable to meet the cost of investing in more effective market intelligence and promotional activities due to lack of funds.

An export promotion fund would enable the ZCGA to strengthen international marketing efforts on behalf of its members.

‘’ZCGA is unable to meet the cost of investing in more effective market intelligence and actual promotional activities due to lack of finance.

It is difficult for the association to seek additional contributions from members to undertake more effective market research and promotional campaigns particularly in the light of the reduced number of growers,’’ he said.

Mr. Taguma was speaking in Lusaka recently when he appeared before the Parliamentary Committee on Agriculture on the non-traditional crop sector in the country.

Increased marketing efforts will greatly assist the coffee industry grow, thus creating jobs for the people in the country.

Currently, the coffee supply in the country is low and there is need to increase production of the commodity if smallholder farmers are to benefit.