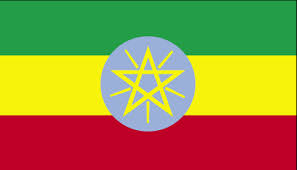 “One size (does not) fit all”: the incommensurability of sustainability according to Sca

Since late last year, a severe drought has stunted growth on coffee plantations in the heart of Brazil’s coffee-growing region and this is reportedly stimulating a resurgence in the Ethiopian coffee industry, whose value has risen to an astonishing 17.5% in one week.

Reports indicate that demand for Ethiopian coffee has risen sharply with exporters inking deals worth millions of dollars/pounds.

Just two months ago, a pound of exportable washed coffee was traded on the Ethiopian Commodity Exchange (ECX) for 1.15 dollars/pound(0.45kgs).

Despite being renowned to be one of the world’s best sources of coffee, a study has revealed that only a meagre 1% of Ethiopia’s coffee is sold as specialty.

After the drought in the coffee producing belt of Brazil, the price of coffee in the market has shown an increase of 32.5 pc in a matter of 20 days, according to ICE.

This drought, which has been described as ‘historic’, has forced more than 140 cities in Brazil to ration water.

Reports indicate that even before the drought began, there were concerns that a global coffee deficit was impending, according to a report by Transworld Futures LLC. The report had estimated that the amount of coffeesupplied would be about five million bags lower than the amount consumed in the 2014/2015 season.

MSC is coming at the African Fine Coffees Conference in Kigali