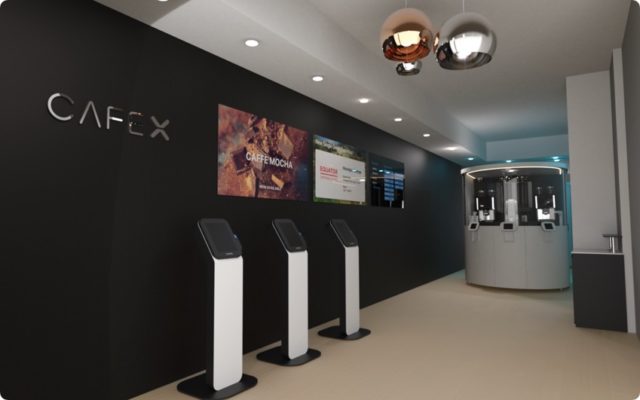 SAN FRANCISCO, U.S. – Michelle Robertson, from the SFGATE, visited last week Cafe X, San Francisco’s new robot café. The concept is the brainchild of Henry Hu, a 23-year-old college dropout from Hong Kong, whose love of coffee is intertwined with his entrepreneurial spirit.

Hu stresses that although efficiency is at the core of Cafe X, it will not compromise the quality of the coffee itself.

“As a lifelong coffee snob, I expected to revile the shop and its blasphemous contradictions of cafe culture“, says Michelle Robertson.

“The coffee robot is composed of a white arm and two automated espresso machines. It is enclosed in a cylindrical casing, like a zoo creature for the 21st century. The robot sits there, idle, until a customer wills it to life with the touch of an app.”

“The moment my credit card information processed, the white robot arm began its dance, delivering the beverage from the espresso maker to a slot. My phone lit up with a text message. Coffee is served, in about two minutes with no other customers around” goes on saying Robertson.

It was, to my surprise, a delicious cup of coffee. The espresso was citrus-tinged and fresh, with not a trace of bitterness, and the milk was velvet.”

“At Cafe X, one doesn’t Instagram the funky wall art or sip among the young and hip. Ambience is beside the point. Here, the spectacle is the machine. The latte art is not worth a photo, but the strange robot demands one” […].

“Cafe X will not replace traditional coffee shops because it serves an entirely different purpose. One comes here not for the coffee, per se, but for a gentle interaction with a robot.”

“Therein lies the attraction of Cafe X – how comforting, even cute, to see a robot make a cup of coffee. Robots: They’re just like us!”

“It’s also, probably, a glimpse of the inevitable future, when daily interactions will be replaced with automatic contraptions.”

“Cafe X is a fun gimmick today, possibly a bellwether of tomorrow. And that’s quite a bit of responsibility for an eight-ounce cappuccino to hold,” concludes Michelle Robertson.

Read the whole article at: https://www.sfgate.com/insidescoop/article/cafe-x-robot-barista-coffee-shop-san-francisco-12562873.php. 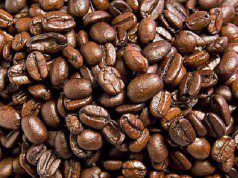