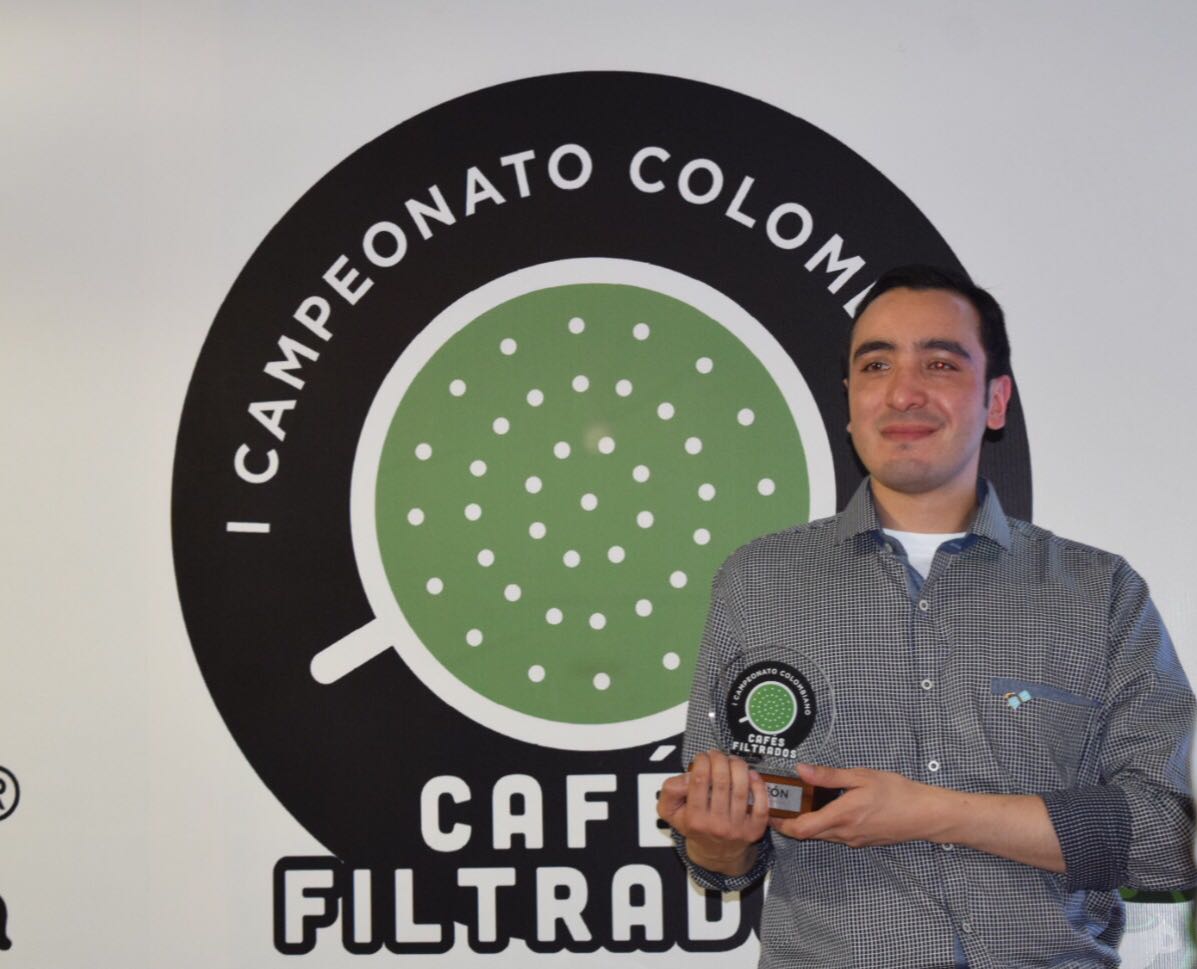 Rico will now represent Colombia in the World Brewers Cup next June in Budapest, Hungary, competing against 50 international adversaries.

Nicolás used coffee grown by Víctor Becerra, on the farm El Tesoro, located in the municipality of Palestina, in the department of Huila. As Nicolás noted, Mr. Becerra processes his coffee using traditional methods.

A chemical engineer with over 12 years of experience in the coffee sector, Nicolás won 1st place in 2013’s Colombian Barista Championship. He currently works at Azahar Coffee. “I’m excited and proud to help pave the way for Colombia’s participation in competitions of this nature. I hope to return from Hungary as the World Brewers Cup champion,” said Nicolás after receiving the award.

Sponsors, visitors, 17 judges and 35 competitors will be part of the record of this first edition of the Colombian Brewers Cup.

In light of increasingly sophisticated and demanding coffee consumers, the competition seeks to raise the standards of coffee brewers and to promote domestic coffee consumption by highlighting traditional methods such as filtered coffee.

The Colombian Brewers Cup required competitors to have extensive knowledge in the art of extracting the best aromas and flavors from the same raw material and brewing the perfect cup of coffee.

As Jay Caragay, head judge of the competition noted, “In this brewing competition, we were looking for a competitor with several skills, not only regarding brewing, but the presentation itself. It was a tight competition with small differences among final scores.”