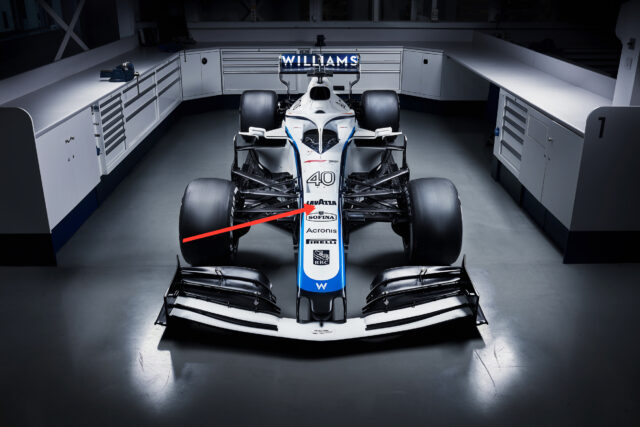 MILAN – Williams Racing has just unveiled the new livery of its new-spec FW43 that will race for the very time next week in Austria: following the departure of title sponsor RoKIT during the pre-season lockdown, there is increased branding from new sponsors Lavazza, Sofina Foods and Acronis.

Lavazza and Sofina Foods were personal sponsors of Nicholas Latifi in Formula 2 and, with the Canadian now signed to a race seat, have come on board with the Williams team and have taken the opportunity to take a bigger space on the cars and driver overalls.

Global technology company Acronis and Italian coffee company Lavazza feature as secondary sponsors on the elegant FW43, while the Williams name appears on the car’s front and rear wings.

Finally, the rainbow identity of F1’s new #WeRaceAsOne is also present on the FW43, on the rear wing endplate and on the Halo.

New images which have appeared on the official Formula 1 site indicate Italian coffee brand, which is linked to the team via Nicholas Latifi, will have an increased presence on the car.

Its logo is dark blue, which would fit with Williams heritage colouring, last seen on the car in 2013 before Rokit’s predecessor Martini arrived as title sponsor.

US chain Trader Joe’s launches a coffee plant line at a price ta...

PJ’s Coffee partners with Sodexo for expansion with US Marine Co...

Join Re:co Fellows Talks online for free today to get a taste of upcoming Re:co Symposium