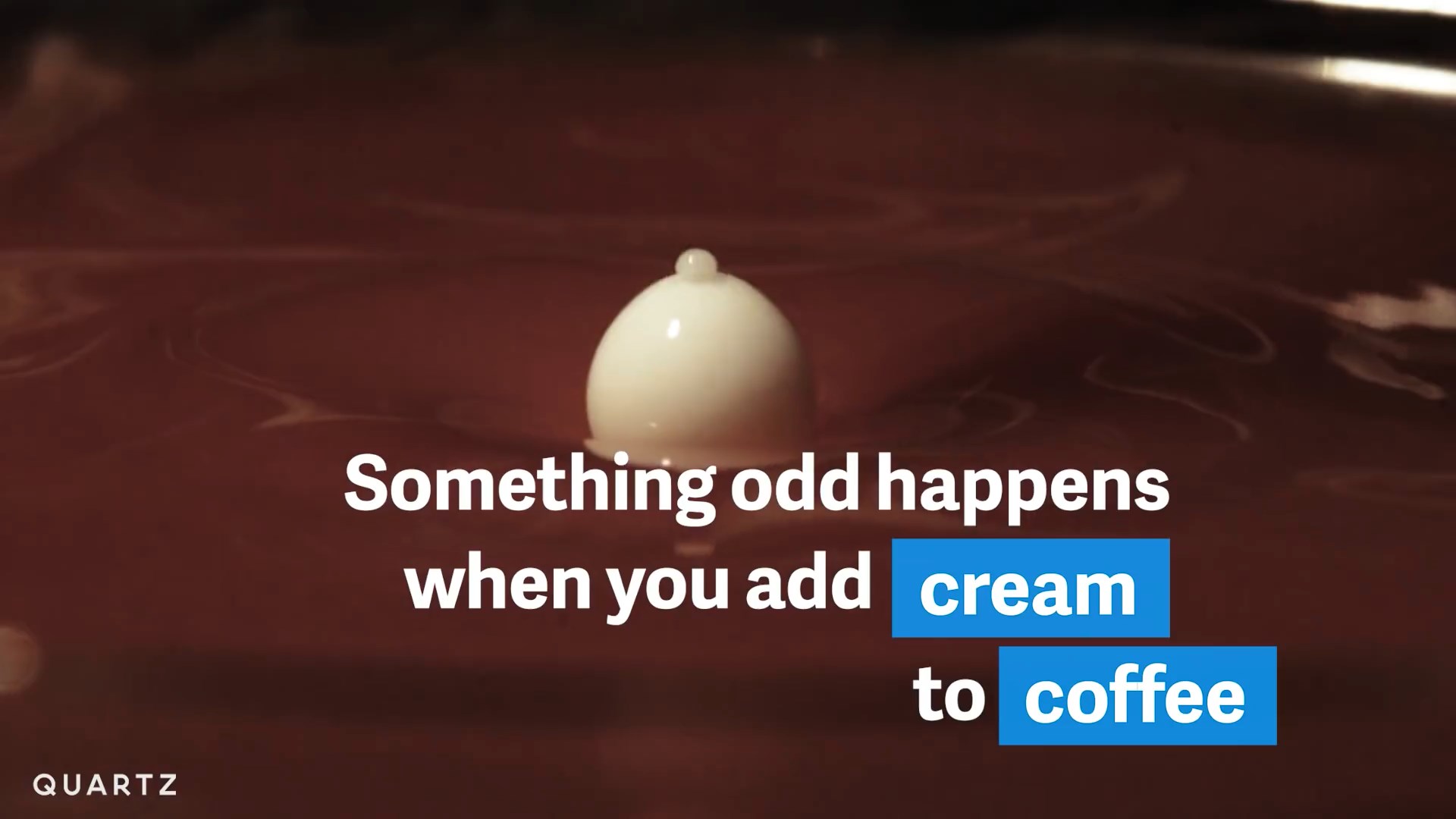 There’s some pretty incredible physics happening in your morning cup of coffee. Cream and coffee obviously mix, but when they first come into contact, the cream actually tends to hover briefly on the hot surface—and researchers just figured out exactly how it works.

By recording the process at 2,000 frames per second, scientists saw that the temperature difference between cream and coffee affects attractive forces among molecules of each fluid.

These are the same types of forces that allow insects to walk over puddles and stop ink from leaking in printers.

Lots of scientists have studied how these forces affect the movement of different droplets, but few have focused specifically on the role that temperature plays.

Watch the video above to see the phenomenon in slow motion, and learn why the mathematical explanation researchers just worked out could have impacts that go far beyond your morning coffee.