The partnership has percolated along nicely for 50 years, and began with a gentlemen’s agreement between two friends, much like the origins of Waffle House itself.

“Friendship has been an important ingredient in our company’s success, from the friendship between our founders, Joe Rogers, Sr. and Tom Forkner, the friendships formed between our employees and Customers in the restaurants, and the strong tie of friendship that has bound Royal Cup and Waffle House together for so many years,” Waffle House President and CEO, Walt Ehmer said. “And that’s why this has been such a very, very special relationship.”

That relationship has created what has become a well-received pairing of several Waffle House favorites with steaming cups of the exclusive, Royal Cup signature brews.

“We believe that Waffle House coffee has earned its place as the natural complement to these world-famous waffles,” Royal Cup President and CEO, William (“Chip”) L. Wann, Jr. said. “Waffle House Customers know what to expect from Royal Cup; and that is a consistent, quality cup every time. We are committed to the Waffle House team and all Waffle House Customers to remain your trusted partner for the next 50 years and beyond.”

Waffle House coffee begins as 100% Arabica beans grown in the breathtakingly, rugged landscape and rich volcanic soil of Central and South America. Handpicked on family-owned farms, Waffle House coffee is high-grown and comprised of only the most select beans found in the entire world.

About Waffle House – Waffle House® restaurants have been a mainstay for American dining since the first restaurant opened in Avondale Estates, GA, in 1955. Today the Waffle House system operates 1,950 restaurants in 25 states. Waffle House restaurants are known for serving more than a billion waffles and also serving the most waffles, T-bones, hashbrowns and grits in the world. Our glowing Yellow Sign is recognized far and wide for being a welcoming beacon to all after storms and on all holidays. 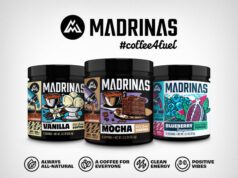 Madrinas Coffee launches a fully refreshed look, ushering in a new era for the brand