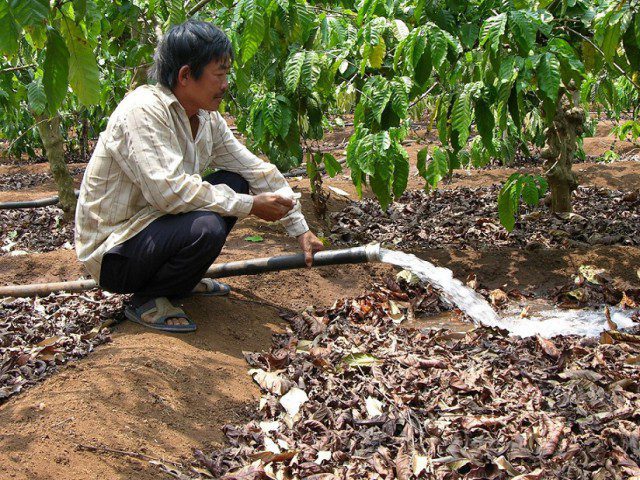 Drought has exacted a heavy toll on coffee farms in Vietnam. Statistics of the Ministry of Agriculture and Rural Development (Mard) showed that by the end of March drought-triggered water shortages had hit 167,000 hectares of crops in the Central Highland, including 14,600 hectares of rice and nearly 153,000 hectares of coffee.

Nguyen Nam Hai, vice chairman of the Vietnam Coffee and Cocoa Association (Vicofa) and general director of Vietnam National Coffee Corporation (Vinacafe), said water levels at many reservoirs in the Central Highlands provinces have fallen to 30-35% capacity and there will be a serious lack of water for coffee farms in the coming months.

About 250 reservoirs in the Central Highlands province of Daklak are forecast to dry up in early April. Water levels at reservoirs in Gia Lai Province have sunk to 10-15% capacity and reservoirs in Kon Tum Province to 30-50% capacity.

Damage will mount if it does not rain in the Central Highlands in the coming months, Hai said.

Despite water shortages and an output reduction of at least 20% as forecast by Vicofa, coffee prices in the coming months remain unpredictable.

Hai said over the past years coffee prices have not changed based on supply and demand but they have been influenced by commodity hedge funds.

Enso likely to stay neutral until at least winter in the southern hemi...