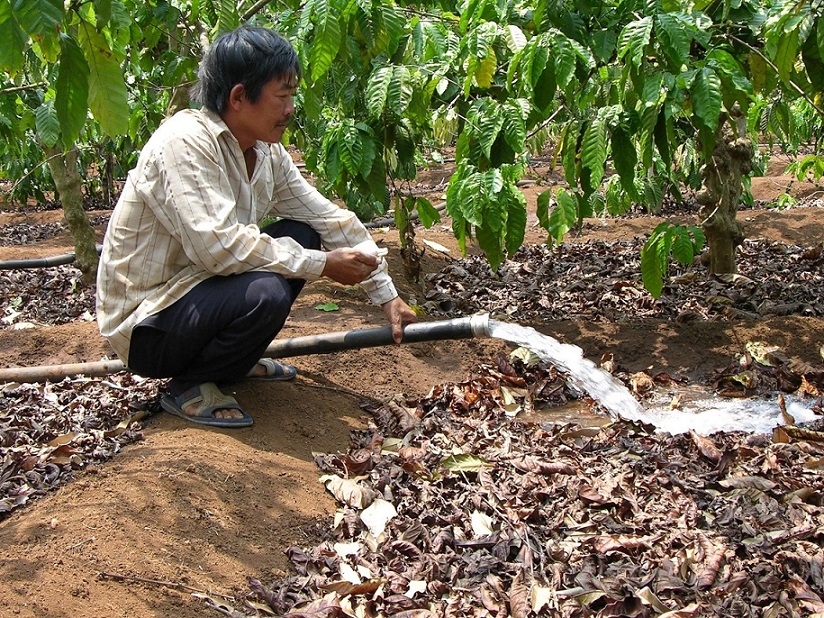 HANOI, Vietnam – Vietnam must take drastic measures to tackle drought and saline intrusion to help ensure water security and prevent the politicisation of water in the region.

Irrigation facilities, re-arrangement of crops as well as developing plant varieties and animal breeds adapted to dry conditions are among solutions to the issue.

Local authorities need to build reservoirs to store water during the rainy season to ensure fresh water for locals. Meanwhile, the Government should zone off production areas suitable for different natural conditions and make upgrades to irrigation systems, to help ease the dependence on rivers springing from foreign countries.

Livelihoods and production in Vietnam’s Mekong Delta region will be threatened when China constructs an additional 15 hydropower plants in the upstream Mekong River by 2030. Using up to 70 percent of the river flows, the dams will increase drought and saline intrusion in the lower base.

Saltwater has intruded as far as 90km inland in the Mekong Delta recently, about 10-25km farther than usual.

Up to 11 out of the 13 cities and provinces in the delta were affected by salinity which caused serious water shortages and damaged agriculture production.

As of April 13, 2016, more than 390,000 households in the Central Highlands, Mekong Delta, and south central region faced water shortages.