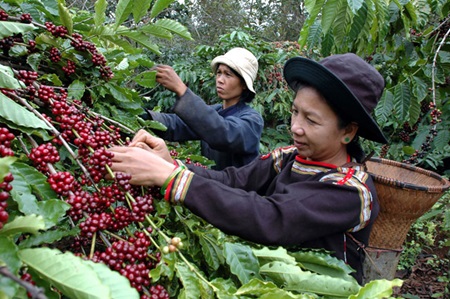 MILAN – Usda Foreign Agricultural Service maintains its estimate of Vietnam’s coffee production for MY 2017/18 at 29.3 million bags (GBE), which includes 1.3 million bags of Arabica coffee. For MY18/19, Post forecasts production up almost 2 percent compared to the USDA official number, due to favorable weather conditions.

During the MY18/19 production cycle, there was adequate rainfall during all stages for the coffee trees. During the flowering stage, the rains were especially good. At that period of time, industry estimated that production would increase by 8 percent compared to the previous year.

In the latter stages, however, there were heavy rains that caused flowers to drop early in the cherry setting stage.

At the end of calendar year 2017, the replanted area was over 98,000 ha. However, because young, recently replanted trees do not produce yet, the replanting scheme has suppressed overall coffee production in the short-run.

Farmers in the central highlands, the main coffee growing region, recognize that coffee will be the core crop, while other crops can help them diversify their incomes.

However, coffee, unlike other perishable agricultural products, can be stored for long periods of time while waiting for higher prices.

Post revised the estimate for Vietnam’s MY17/18 total coffee exports, including green beans, roasted and ground, and instant coffee, up to 27.9 million bags, from the USDA official number of 27.7 million bags on low export prices. In MY18/19, Post revises the forecast for total exports up, from about 27.9 million bags to 28.2 million bags, on predicted increased supply stemming from higher local production. 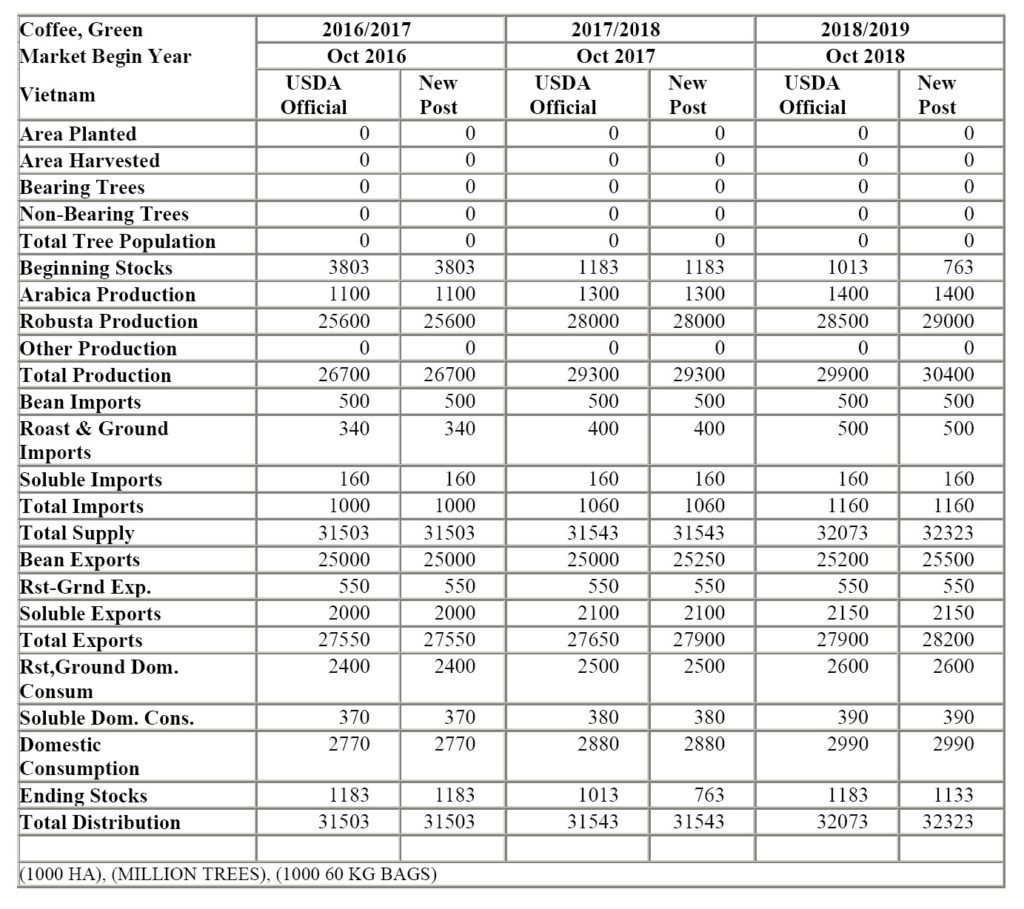 Domestic prices for Robusta common ungraded coffee beans followed a similar trend. Prices went up to nearly VND 40,000/kilogram (kg) in October 2017, but then dropped to VND 32,000/kg by September 2018.

For MY17/18, Post revised the estimated ending stocks down to about 763 thousand bags, compared to the USDA official number of 1,013 thousand bags. These stock are low; however, the coffee actually remaining in Vietnam is higher, since it is in bonded warehouses.

For MY18/19 ending stocks, Post forecasts 1.13 million bags, compared to the USDA official number of 1,183 million bags. Increased production in MY18/19 will help rebuild stocks.