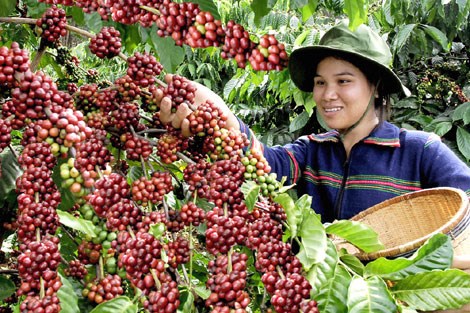 Actual coffee exports in April were slightly higher than the government’s estimate of 130,000 tonnes.

For the first five months of the year, Vietnam exported 815,165 tonnes of coffee, up 5.0% from a year earlier, Vietnam Customs said in a statement.

Farmers in the Central Highlands sold coffee COFVN-DAK at 32,000 dong ($1.38) per kg, unchanged from a week ago, reports Reuters.

“There’s not much coffee left and so we can’t clinch new deals during the rest of the current crop year,” said a trader based in the Central Highlands quoted by the same source.

Farmers will start the new harvest in October.

The U.S. Department of Agriculture on Tuesday said coffee production in Vietnam was seen falling 3.5% to 30.2 million 60-kg bags in the 2020/21 crop, compared with the previous season due to unfavourable weather.

Traders in Vietnam said they also expected output of the next crop to be 10%-15% lower.