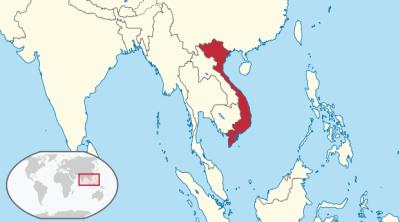 Guests at Trung Nguyen coffee outlets in Vietnam now have to queue to order and pay before taking their seat, where they will be served their order. A spokesperson for the giant homegrown cafe chain said this saves customers time while not affecting service quality.

“Around 100 Trung Nguyen outlets will gradually switch from the traditional mode of taking orders at the table to this.”

The system was brought in by foreign coffee chains and Trung Nguyen’s switch is part of efforts by local rivals to keep up in a market, where US chain Starbucks is expanding.

The Trung Nguyen spokesperson said it is aiming to open 1,200 outlets in Vietnam and abroad, especially the US, focusing on takeaways.

While the chain is westernizing its service, its president Dang Le Nguyen Vu said it would highlight the Vietnamese characteristics of its drinks.

The Vietnamese cafe market is shared by foreign brands such as Australia’s Gloria Jean’s, Italy’s Illy, the US’s Coffee Bean & Tea Leaf and, most recently, Dunkin’ Donuts, which entered in November.

Doan Dinh Hoang, who founded Passio chain, said local investors should not be overwhelmed by the foreign wave and it would be dangerous for them to think that customers are drawn to foreign coffee.

“If they do it will be just out of curiosity.”

Passio is a new brand focusing on takeout coffee and food and not comfortable seats, Hoang said, adding it targets busy people. The shops are usually less than 20 square meters in size.

Trung Nguyen has been successful with some outlets allowing customers to roast and grind their own coffee, tapping Vietnamese drinkers’ habit of making their own coffee with their preferred flavor and sweetness.

The spokesperson said there is a fierce war with foreign chains which have money and known brands, and local chains need to be creative.