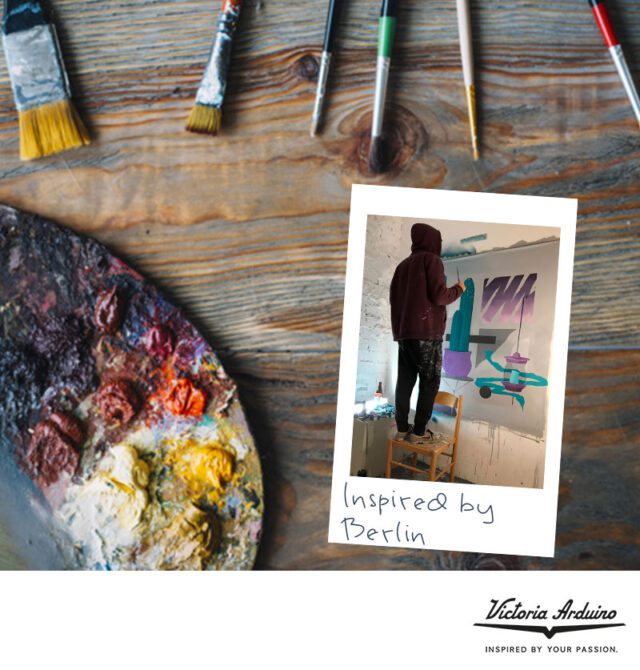 BERLIN, Germany – From June 6th to June 8th, Berlin will be hosting one of the biggest European coffee exhibitions, the 2019 World of Coffee. The German capital is renowned for its flourishing cultural scene, combining traditional and modern architecture. It is a city of art and is regarded as one of the biggest locations on the art scene worldwide. Its exuberance has inspired many young artists, shaping the atmosphere of the city.

You can feel an edgy and experimental spirit while walking through the city. Inspired by this outpouring of creativity, rising numbers of artists are arriving in the city from around the world. Among these artists, there is Roberto Rivadeneira.

Urku is inspired by the avant-guarde contemporary culture and architecture the city beholds.

He has been chosen by Victoria Arduino as the artist to combine the essence of the city, with the essence of the brand, the VA388 Black Eagle coffee machine. What can be better than celebrating Berlin through a young and upcoming artist during the eminent WOC 2019.

The VA388 Black Eagle interpreted by Rivadeneira will be the centerpiece of the exhibit. Created by the mixture of passion between the coffee world, art, culture and the city, this unique machine will generate strong emotions.