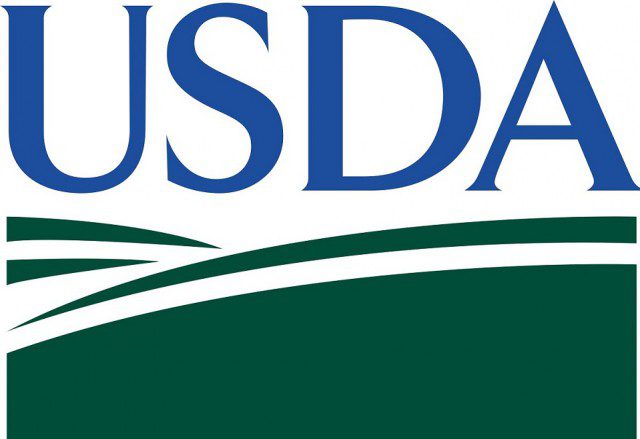 Information was also collected from government sources, state secretariats of agriculture, growers’ associations, cooperatives, and traders. Arabica trees are forecast to produce 38 million bags in MY 2015/16, up 3.8 million bags compared to the previous season.

Overall, good blossoming in September/October 2014 in major producing regions and good weather conditions during October/November 2014 through March/April 2015, except for a dry spell in January 2015, contributed to the physiological development of the coffee trees, thus resulting in expected better yields compared to 2014.

In fact, the MY 2014/15 crop was undermined by irregular rainfall and drought, especially in the states of Minas Gerais and Sao Paulo. In addition, steady and strong prices in 2014 also allowed good crop management which has supported reasonable cherry setting and development.

However, Robusta production in MY 2015/16 is expected to decrease to 14.4 million bags, down 2.6 million bags from the previous MY, especially due to lower agricultural yields in Espirito Santo as a result of a prolonged dry spell and above average temperatures during the summer months.

In addition, Espirito Santo has also faced shortage of water resources, limiting the use of irrigation in coffee plantations which are fairly common in that state.

Expected lower production in the aforementioned state should be partially offset by expected higher Robusta production in Rondonia due to favorable weather conditions. Harvest in the robusta producing regions started in March/April, whereas Arabica coffee harvest should start mainly in May.

It is worth noting that 4 to 5 million of washed arabica coffee is likely to be harvested in 2015 as Brazil gained some market share from Colombian and Central American coffee beans.

According to industry sources, over 80 percent of the Brazilian 2014/15 crop has already been marketed

The Brazilian coffee area and tree population from MY 2011/12 through MY 2015/16. Total area planted to coffee has remained stable in the past years.

The Brazilian coffee yield for MY 2015/16 is projected at 25.31 bags/hectare, a 3 percent increase relative to the previous crop (24.50 bags/ha.). Higher Arabica tree yields should offset expected losses in production from robusta coffee.

Estimates are based on periodic surveys conducted by ABIC, and reflect population growth, increased per capita consumption, increased purchasing power, increased quality of the domestic brands, strong growth of superior and gourmet coffee, and the effects of domestic campaigns to promote coffee consumption.

According to Nielsen, coffee has an extremely high penetration in Brazilian households, e.g., over 98 percent of the Brazilian residences drink coffee.

ABIC reports that the coffee industry processed 20.33 million bags, green equivalent, from November 2013 to October 2014, up 1 percent compared to the same period the year before (20.08 million bags).

Per capita consumption for 2014 is estimated at 4.89 kg of roasted coffee per person, similar to previous year (4.87 kg/person).

Total sales in the domestic market are estimated at R$ 7 billion in 2014. Due to the tighter supply of the product, the average retail coffee price in December 2014 was R$ 13.88 per kilogram, a 9.7 percent increase relative to the beginning of the year (R$ 12.65 per kilogram in January 2014.

ATO/Sao Paulo forecasts total Brazilian coffee exports for MY 2015/16 at 33.33 million bags, down 2.56 million bags relative to MY 2014/15, due to expected lower product availability.

Post estimates record coffee exports for MY 2014/15 at 35.9 million 60-kg bags, green beans, up 5 percent from the previous marketing year, based on year-to-date export volumes and anticipated April-June loadings. Green bean (arabica and robusta) exports are estimated at 32.5 million bags, whereas soluble coffee exports are estimated at 3.37 million bags.

The steady devaluation of the local currency, the Real, has supported the Brazilian Arabica coffee competitiveness in international markets given that production costs in Reais remained stable during 2013 and 2014 (R$ 303.21/bag in 2014 compared to R$ 300.58/bag in 2013 for mechanized harvest in Guaxupe).

Note that robusta exports are estimated to be record at over 3 million bags, up 50 percent compared to previous season due to higher exportable surplus.

According to the April 2015 coffee trade statistics released by the International Coffee Organization (ICO), total world coffee consumption for 2014 is estimated at 149.3 million bags, up 2 million bags relative to 2013.

Brazil represents approximately one third of of total world exports.

CONAB coffee stocks in March 31 are reported at 1.62 million bags.

The 2015 CONAB’s privately-owned stocks survey has not been released yet. The survey includes coffee stocks held by growers, coffee cooperatives; exporters, roasters and the soluble industry on March 31st.

On March 25th, CONAB held a coffee auction to sell 40,500 bags of Arabica coffee from its stocks.

There was no demand for the product due to the high auction prices set by CONAB which reached close to R$ 500/bag, depending on the batch, quite above market prices.