US – Tiny Wyoming town gets giant dose of Vietnamese coffee 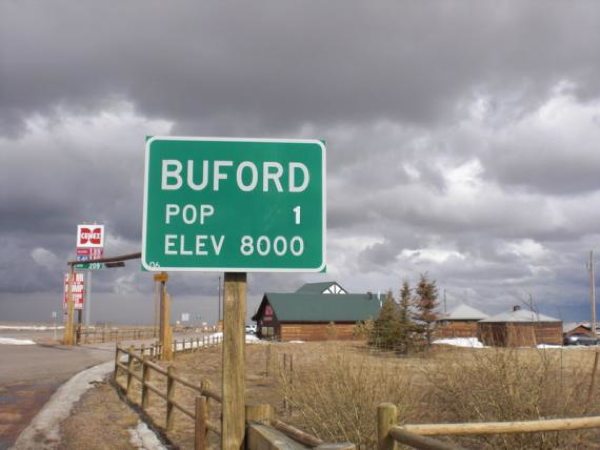 BUFORD, Wyoming – “All men are created equal, that they are endowed by the Creator with certain unalienable Rights, that among these are Life, the pursuit of Happiness and enjoyment of Coffee,” declared Pham Dinh Nguyen, who purchased the smallest town in the US for US$900,000 in April of last year.

The 39-year-old Ho Chi Minh City businessman officially changed the name of Buford, Wyoming, where he is now the town’s lone resident, to PhinDeli Town Buford on September 3.

The four-hectare (10-acres) town, which has its own Zip code, is located 8,000 feet above sea level on Interstate 80 – the main cross-country route between New York and San Francisco. It has a convenience store, a gas station and a modular home.

“Today, we officially make our Vietnamese Coffee Statement in the US land of Buford, Wyoming owned by Vietnamese. We also officially announce the new naming of PhinDeli Town Buford with its 147 years of history,” he wrote on PhinDeli’s website.

Phin refers to the Vietnamese style of brewing coffee. “Deli” is short for “delicious” (not for delicatessen), and PhinDeli is the brand of his product, Nguyen told Vietweek.

“People may like or dislike the new name but either way, it makes them curious. They may drop by to see how this odd Vietnamese guy runs his business here,” he said.

Nguyen became Buford’s owner after the town’s previous owner, Don Sammons, long the town’s sole resident, decided to auction if off and move to the adjacent state of Colorado to be near his adult son.

Sammons and his wife, Terry, moved from Los Angeles to Buford – named for the Civil War Union Army General John Buford – in 1980, purchasing the town in 1992, six years after his wife died.

“My family is gone. Our purpose for moving here has kind of been completed, and now I want to find out what other adventures I have in store,” Sammons, 61, told Reuters news agency.

However, when Nguyen invited him earlier this year to take part in the venture, offering to be his co-mayor, Sammons agreed.

Buford was founded in 1866 as a fort to protect settlers moving west and workers who were constructing the first transcontinental railroad. It was home to more than 2,000 people before its population gradually decreased in the following decades.

Recognized as an official town by the US Postal Service and Wyoming’s Department of Transportation, bidders from 46 countries sought to buy Buford during a live, on-site auction that was also streamed online.

Nguyen, director of the HCMC-based importer International Distribution Services, said he wants his ownership of a US town to encourage Vietnamese businessmen to invest abroad. His trip to attend the auction was his first to the US.

Nguyen said that PhinDeli’s slogan: “The can-do coffee,” aims to promote the determination of Vietnamese businessmen.

He said investing in the town was more than just another real estate deal.

“The town has become common property of Vietnamese entrepreneurs in terms of spiritual values. I will not sell it despite how high the profit can be,” he said, adding that buyers from China and the Philippines have offered to buy the town from him.

According to the International Coffee Organization, Vietnam is the second-largest exporter of coffee in the world behind Brazil, shipping out 20 million bags (1 bag = 60 kgs or 132 lbs) of coffee annually.

He co-founded PhinDeli coffee with his friend Do Quoc Tuan, who was once the marketing manager for Kraft Food Group Vietnam.

PhinDeli aims to promote Vietnam’s common coffee brewing using a phin (filter) in which coffee grounds are strained through a metal cup with tiny holes in the bottom. Hot water seeps slowly through the filter, allowing for the coffee’s oils and essences to be extracted.

“American people often drink coffee while on the move. But they are also interested in diversified eating and drinking experiences,” Nguyen said. “However, when they take a break, they will choose our coffee if it is better than ready-made coffee,” he said.