US – Starbucks opens Reserve Roastery and Tasting Room in Seattle 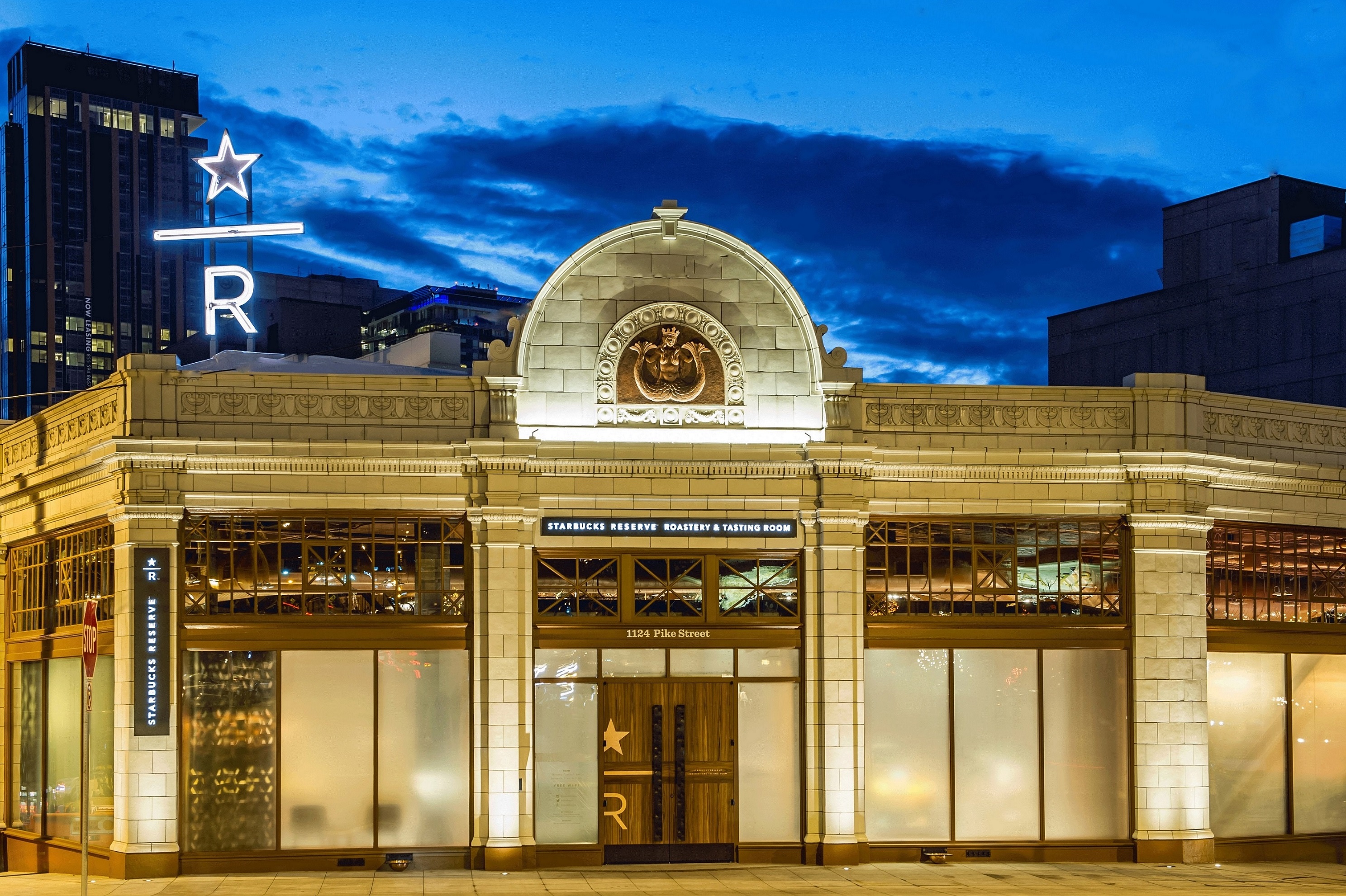 SEATTLE – Starbucks Coffee Company announced on Friday the opening of its first Starbucks Reserve Roastery and Tasting Room in the Capitol Hill neighborhood of Seattle, nine blocks away from its original store in Pike Place Market.

This interactive Roastery and Tasting Room is dedicated to roasting, coffee education and increasing availability of the company’s small-lot Reserve coffees; literally every Reserve coffee bean sold to customers will be roasted in this facility.

The consolidation of small-batch roasting will allow the company to expand its Reserve coffee line to 1,500 locations globally, as well as open at least 100 stores designed to highlight these rare coffees exclusively starting in Chicago, Los Angeles, New York, San Francisco and Washington, D.C. An additional Roastery is planned for Asia in 2016.

“This Roastery is the fulfillment of a decade-long dream – an homage to our relentless pursuit of coffee innovation that will create for our customers the most immersive, sensory demonstration of how we source, roast and craft the finest coffee from around the world,” said Howard Schultz, chairman, president and chief executive officer of Starbucks.

“Everything we’ve ever done has led us to this point. This is the moment of the next generation of Starbucks.”

More than two years in development, this unprecedented experience will allow customers to engage with Starbucks passion for coffee through moments of education and discovery devoted to beverage innovation and excellence.

Every detail of the space was chosen with intention and reflects the handcrafted nature of coffee from bean to cup.

Some of the unique characteristics of this experience include:

“We have designed a space that will heighten all the senses. This is a real-life Willy Wonka experience with coffee as the heart and soul, where customers will see coffee being moved through the roasting process right before their eyes,” said Liz Muller, vice president, creative and global design for Starbucks.

“We have opened up the world of sourcing, roasting and brewing so that our customers at any one point are only feet away from the theater and artistry in a sophisticated yet relaxed environment. Each visit will bring new discoveries while setting the standard for what customers can expect for the future of retail.”

Ten years ago, Starbucks first brought these premium coffees to customers with their line of Black Apron Exclusives. Formally launched in 2010 as Starbucks Reserve, this exceptional collection of unique, small-batch arabica coffees became available in select stores and online – some of which have sold out in less than 24 hours.

In addition to expanding this in-store offering, the company will create a specialized store experience devoted to highlighting these rare, limited-availability coffees in at least 100 locations in the next five years. The first stores will open in Chicago, Los Angeles, New York, San Francisco and Washington, D.C.