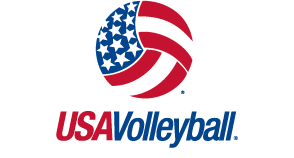 “USA Volleyball is extremely pleased to partner with KonaRed as an Official Supplier for our USA Volleyball Cup events to be held this summer in the United States,” Klostermann said. “KonaRed’s assortment of healthy fruit juices is a perfect match with the values of our sport.”

KonaRed will be recognized on all USA Volleyball Cup promotions, press and public relations for the series of competitions. KonaRed and/or its logo will be included in press backdrops, email promotions and social media/digital marketing efforts.

“We are very excited to be a part of USA Volleyball Cup 2014,” Roberts said. “This opportunity will not only enable us to increase brand visibility, but it will also allow us to gain new customers and market share while enhancing our competitive position in the marketplace.”

The USA Volleyball Cup is in its second year in bringing elite teams to the United States to compete in an annual tour series.

After the U.S. Women hosted Japan last summer for three matches in Southern California packed arenas, the No. 2 ranked team in the world will host No. 1 and two-time defending Olympic champion Brazil in July in a series of matches. Likewise, the U.S. Men will host a yet-to-be-determined elite opponent this August as part of the USA Volleyball Cup.

USA Volleyball is responsible for both the Olympic disciplines of indoor volleyball and beach volleyball. USA Volleyball has 300,000 registered members, 12,000 teams and 5,300 clubs nationwide.

USA Volleyball has a rich tradition of success as evidenced by winning an Olympic medal in every Olympic Games since 1984 and capturing numerous World Cup, World Championship and Continental Championship titles.

USA Volleyball is committed to and works toward opportunity for all to participate. It is an advocate for all Americans endeavoring to assure universal access to opportunities at all levels of the game. For more information please visitwww.usavolleyball.org .