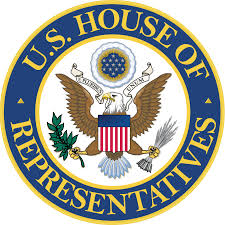 The bill creates and funds a subsidy program in the Department of Agriculture (DOA) and appropriates funds for education and outreach to farmers through the College of Tropical Agriculture and Human Resources (CTAHR) at the University of Hawaii. The bill will now move to the house floor where it is expected to pass third reading and cross over to the Senate.

“Funding to combat the coffee berry borer (CBB) infestation is clearly critical,” said Rep. Nicole Lowen, “but we need to do more than throw money at the issue. If this bill passes, we will finally be getting direct assistance through a Department of Agriculture subsidy program, and dedicated full-time employees through CTAHR to reach out to farmers and educate them on what to do.”

“We appreciate the concern and assistance of Rep. Lowen in the battle against the coffee berry borer,” said Scott Enright, acting chairperson of the Hawaii Board of Agriculture. “Coordinated efforts between the industry and agricultural agencies are the only way that we will turn the tide against this devastating pest.”

In recent years the coffee berry borer beetle has become a major threat to Hawaii’s coffee industry, which is responsible for $30 million in revenue annually. While past efforts have provided much-needed funds to help mitigate the infestation, this bill goes a step further.

In the past, the responsibility for implementing a mitigation program has fallen to the CBB task force, who has been granted funds from the State through the lengthy procurement process.

“The coffee berry borer task force has done their best, but, as a group of volunteers, they lack the time and expertise to implement a program on the scale needed to get the infestation under control. With the help of DOA and CTAHR, we can get a lot more done. With this bill, I think we have finally hit on a possible long-term solution,” Lowen said.