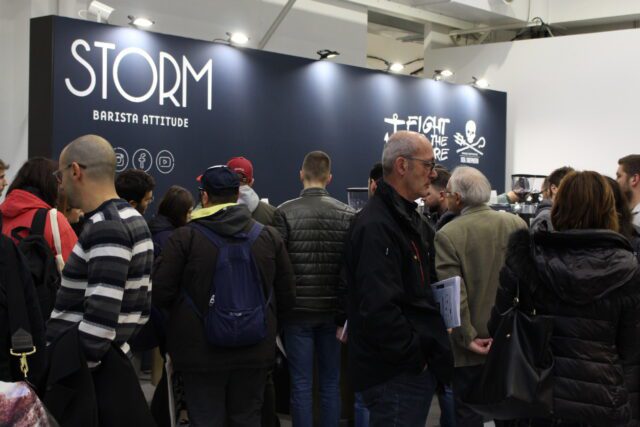 SUSEGANA, Italy – The three days of the Milan Coffee Festival marked a new beginning for the Storm, which appeared with unique, specially-designed branding. A number of new developments were revealed on the stand, beginning with the launch of the new Fight For The Future project, encapsulating the ethical conscience of the brand and incorporating in its mission the concepts of equality (Fight For Human Rights), saving the planet (Fight For The Environment) and protecting our future (Fight For The Kids).

The Milan Coffee Festival saw the launch of a collaboration with Sea Shepherd as part of the Fight For The Environment strand.

The aim of the collaboration is to increase people’s awareness of the need to care for the environment, in particular for the water that surrounds us, and which is the most important ingredient for making great quality coffee: dirty water, dirty coffee.

The range, comprising the tried-and-tested Storm Standard and Storm FRC, will be enhanced with the new Storm Profilo, a concept designed for the most demanding and experimental baristas.

With the introduction of a display inspired by the world of DJs and music producers, it offers a return to analogue, enabling baristas to mix the notes of the coffee in a way that gets the best from the organoleptic characteristics of every bean.

Two oustanding brand ambassadors will be part of Team Storm: Arnon Thithiprasert (World Latte Art Champion 2017) and Michalis Dimitrakopoulos (World Coffee in Good Spirits Champion 2016 and World Barista Champion Runner Up 2019 in Boston) who were previously involved in the design and development of the original machines in the family.

Your home or office coffee maker may be crawling with bacteria, yeast ...