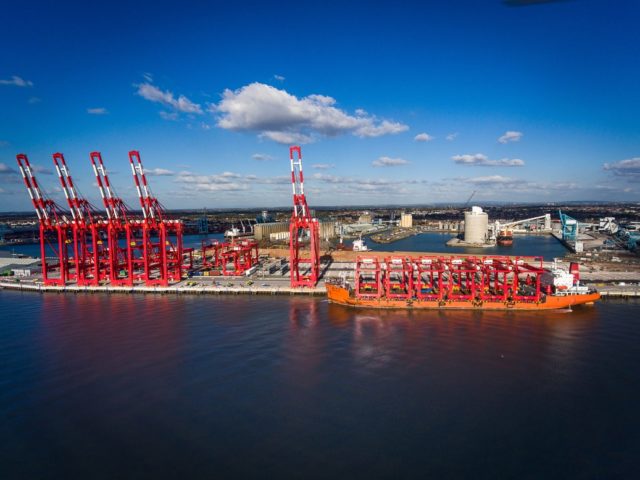 LIVERPOOL, UK – The UK’s biggest importer of cocoa and coffee beans CWT Commodities is expanding at the Port of Liverpool to accommodate a growing demand from the UK’s food and drink manufacturers.

The company has leased land from Peel Ports for a new 5,000m2 warehouse and office site. It expects work to be completed this year. Mazdon Construction has been engaged for the project.

Building firm Mazdon Construction is delivering the scheme. Mazdon has already built eight warehouses at the site for CWT.

Nearly 65,000 tonnes of cocoa beans, more than two thirds of the UK’s demand, arrive at Liverpool each year due to its proximity to factories in Yorkshire and North Wales.

The port also handles around a third of the UK’s annual 150,000 tonnes of coffee bean imports.

Approximately 80% of the cocoa and coffee beans arrive in containers, with the remainder in bulk vessels.

The cocoa beans largely originate in Africa, mainly Ghana and the Ivory Coast, with the coffee coming mainly from Vietnam, Brazil, Colombia and Indonesia.

Jason Cross, director of CWT Commodities UK, said: “The Port of Liverpool is strategically important to us due to its geographical location resulting in reduced inland transport costs and carbon footprint for the supply chain involved in delivering to the factories.

“The continued investment we have made in logistical infrastructure such as the warehouses wouldn’t have been possible without the strong partnerships formed over many years with Peel Ports and Mazdon Construction. We are excited about the completion of the new facilities and the future growth opportunities this will offer.”

Alex Hemmings, managing director of Mazdon, said: “Having designed and built CWT’s previous warehouse schemes at the Port of Liverpool, we are pleased to be undertaking our third phase of warehouse construction with adjoining offices on three levels.

Andrew Martin, land and property director at Peel Ports, added: “This further investment by CWT reinforces the Port of Liverpool’s premier position as the logistics hub that connects food and drink manufacturing and processing centres across the northern half of the UK.

“CWT has been a highly valued customer for many years and we’re delighted to support them in the next stage of their growth in the UK market. We thank them for investing in the Port of Liverpool. We would also like to thank Sefton Council and Natural England for their support in making this development happen.”

Franke Touchless against Covid: enjoy coffee without having to touch any button or display