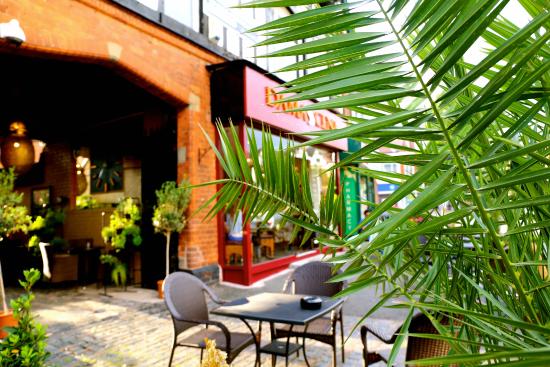 Damascena Coffee House, which only opened last June, is the number one ranked coffee shop in Birmingham on Tripadvisor’s website and has racked up 69 reviews with an average of 4.5 stars out of five.

Tripadvisor’s rankings are submitted by the public so Damascena Coffee House is very much the people’s choice.

Second on the list is Faculty Coffee and Tea in Piccadilly Arcade while Hylton Street’s Hylton Cafe is third.

Forty One on High Street – currently the ninth most popular coffee shop in Birmingham – appears to have the biggest potential climb higher up the list in the future.

It has an average review rating of five out of five and the only reason why this hasn’t placed it at the very top of the list is that it has so far only received four reviews.

University of Plymouth unveils Container Café as part of its commitmen...