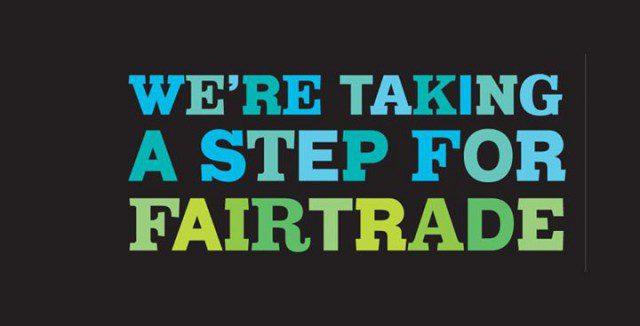 LONDON (UK) – The London Assembly has urged the city to ‘walk the talk’ of London’s Fairtrade City status by renewing their commitment to supporting Fairtrade.

In a significant move, a unanimously agreed motion was today passed by the Assembly urging all 33 London Boroughs to support the Fairtrade City campaign

by passing or renewing a Fairtrade resolution.

The motion also calls on the GLA and the GLA Group to commit to working with catering contractors, staff, residents, visitors, businesses, the public and voluntary sector to increase the availability of Fairtrade products.

Tony Arbour AM, who proposed the motion said: ‘Fairtrade is a simple and practical proposition that benefits consumers and producers by supporting quality and security supply and encouraging entrepreneurship in developing countries.

‘London Boroughs and City Hall have already taken commendable steps in showing their commitment, but there is still more we can do and to support Fairtrade and spread its benefits further at home and abroad.’

London leads the world in Fairtrade, being home to some of the most dynamic and pioneering Fairtrade companies, including Cafedirect, Divine, Liberation, Tropical Wholefoods, Zaytoun, People Tree and Pants to Poverty, and the London 2012 Olympic and Paralympic Games being the ‘fairest’ games ever.

Following a commitment to serve millions of visitors only with Fairtrade certified tea, coffee, chocolate, sugar, bananas, wine and oranges, Games organisers helped to support farmers, workers and their communities in developing countries.

Sophi Tranchell, chair of Fairtrade London Steering Committee and Managing Director of Divine Chocolate, said: ‘We are delighted that GLA has reaffirmed their support for Fairtrade unanimously and has committed to explore the ways they can use their procurement power to bring more Fairtrade products to the people that live & work in London.’

Adam Gardner, Communities Campaigns Manager at the Fairtrade Foundation, added: ‘This show of support for Fairtrade is fantastic and shows politicians are listening to what the public is saying, both through campaigns and their purchasing power.

‘There are countless ways companies and local authorities in London can support Fairtrade by using and making a wider range of Fairtrade goods more accessible, and now is the time for them to take on that challenge.’

The full text of the motion agreed at today’s meeting reads as follows:

“The Assembly notes that the London Fairtrade Steering Group and the London Boroughs have thanked the Greater London Authority for its active support since Fairtrade City status was achieved five years ago on 26th October 2008.

The Group also acknowledged with appreciation, the GLA’s help in contributing

to the renewal of its Fairtrade City status in 2013.

Given the Assembly’s proactive role in leading this Fairtrade City since passing its previous resolution of support for Fairtrade on 13th March 2007, the Assembly reconfirms its commitment to Fairtrade.

It expresses its support for the use, expansion and promotion of the range of Fairtrade products in City Hall and other GLA establishments. It recommends that the GLA commits to working with its catering contractors, staff, residents, visitors, businesses, the public and the voluntary sectors to increase the availability and take up of ‘FAIRTRADE’ marked food, drink and clothing options.

The Assembly congratulates the 25 London Boroughs that have already achieved Fairtrade Borough status and recognises the work of the whole community in achieving this.

The Assembly urges all 33 London Boroughs to support the campaign by passing or renewing a Fairtrade resolution.

Here is how to join the second webinar on Innovation in Coffee Communi...

Storm is the sponsor of the Sca Roundtable series on the future of the...