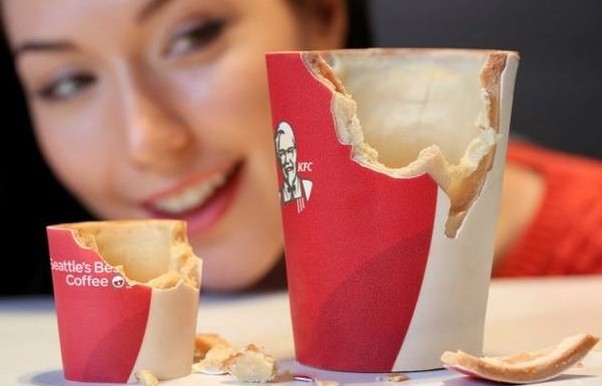 KFC has just unveiled the UK’s first edible coffee cup. The “Scoff-ee Cup,” released to celebrate the launch of KFC’s Seattle’s Best Coffee in its UK locations., works just like a regular coffee cup, except it’s made out of cookie.

The cookie is wrapped in sugar paper, the Telegraph reports, and “lined with a layer of heat-resistant white chocolate to keep the coffee hot and the cup crispy” — and, eventually, allows the cookie to melt in your mouth.

The cups were created in partnership with food scientists The Robin Collective and are infused with different scents. They’ll be available at a limited number of U.K. stores later this year.

Scoff-ee Cup are currently in the developmental phase but could hit UK locations as early as this summer.

Super Coffee engages imre as Social Media Agency of Record to boost it...