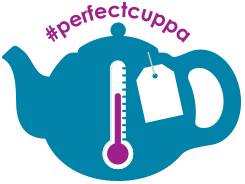 Pot or mug? Milk before water? Sugar or no sugar? With threequarters of the nation (76 percent) drinking tea every day, there remains an age-old debate amongst the British public as to what constitutes the perfect cuppa.

In fact, new research conducted for British Science Week reveals that 80 percent of teadrinkers do not let their tea brew for long enough, as recommended by scientists and tea experts.

The study, which surveyed over 1,000 members of the British tea-drinking public, looked into the different variables of tea-making. It found that English Breakfast is still the most popular tea with Brits, made without sugar and drank from a ceramic mug (91 percent).

Nearly half (47 percent) of Brits also left their tea to cool for five minutes before drinking it, while 40 percent drink it straight away – claiming „the hotter the better‟.

These findings bear similarities to the way that many scientists and tea experts recommend making the perfect cuppa; the main difference being that Brits are not letting it brew for long enough. In fact, 37 percent of tea-drinkers brew their tea for one-two minutes, which is significantly lower than the time recommended by experts for British Science Week.

The optimum time to brew your tea is between two to five minutes – but only 16 percent of people do this. One topic that is agreed on by scientists and the public alike is also one that stirs the most debate: that of which goes first – milk or tea?

Mark Miodownik, Professor of Materials and Society at University College London and spokesperson for British Science Week, said: “This may be controversial, but the British do not understand how to make tea!

Or at least they‟re not doing it properly. And it‟s because they don‟t understand the variables. Expediency is causing us to throw chemistry out of the window; we‟re not allowing our tea to brew for long enough, to release the flavours properly.”

The decline in use of the teapot is another factor Miodownik laments: “What you make tea in, and drink it out of, is also important. It alters the taste,” he adds.

“Fundamentally, of course, what makes the perfect cuppa is a matter of personal preference, but the next time you are making a pot of tea for the family, or are charged with the office tea round, try and test some different variables – from the type of tea to the length of time you brew it for and what you drink it out of – you might find it takes your relationship with tea to a whole new level.”

Alex Snowden, spokesperson for Tetley, said: “This research illustrates the varying preferences of the British public when it comes to making the perfect cup of tea. We agree with the scientists, that tea should be given at least two minutes to infuse – be patient and let the process happen naturally.

Treating tea making as a science will give you a new perspective on the process and you may find your perfect cuppa alters considerably!”

The team behind British Science Week have created a series of guidelines on how to make the „perfect cuppa‟ and is launching a competition to win a year‟s supply of Tetley Tea. To find out more, visit: www.britishscienceweek.org/perfectcuppa. 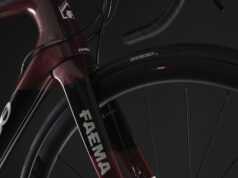