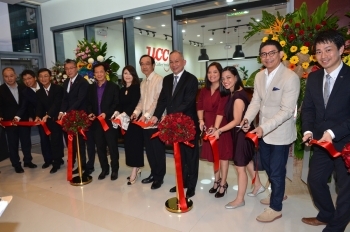 In his congratulatory remarks, the Ambassador mentioned that the deep mutual ties shared between Japan and the Philippines were something to be savored, just like a perfectly brewed coffee.

Located at the 3rd floor of the Uptown Bonifacio Mall, the UCC Coffee Academy is the first coffee institute outside Japan.

Nestlé and Starbucks announce launch of Non-Dairy Creamers in the US b...