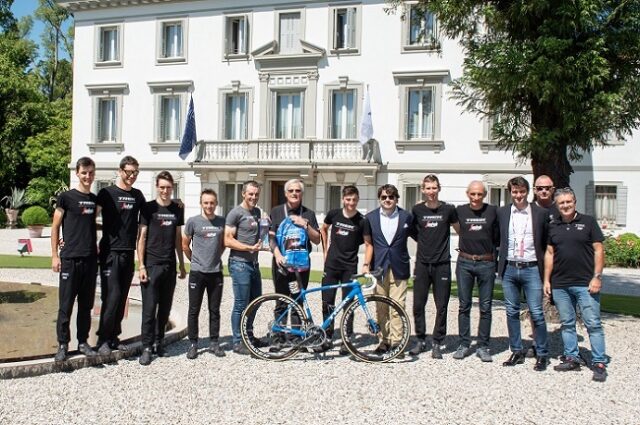 VILLORBA, Italy — At the occasion of the Treviso – San Martino di Castrozza 19th Stage of the Giro d’Italia, Massimo Zanetti Beverage Group management and employees were delighted by the visit of Trek Segafredo’s team.

Trek Segafredo General Manager Luca Guercilena opened the day with an interesting speech on team management between tradition and technology. Later in the morning Trek Segafredo champions arrived at Villa Zanetti to greet everyone.

President Massimo Zanetti received from Giulio Ciccone “la maglia azzurra”, the cycling jersey he won as leader of mountains competition. This was a token of respect and appreciation towards Mr. Zanetti.

It was a great opportunity to encourage Trek Segafredo’s athletes right before the start of an important stage.