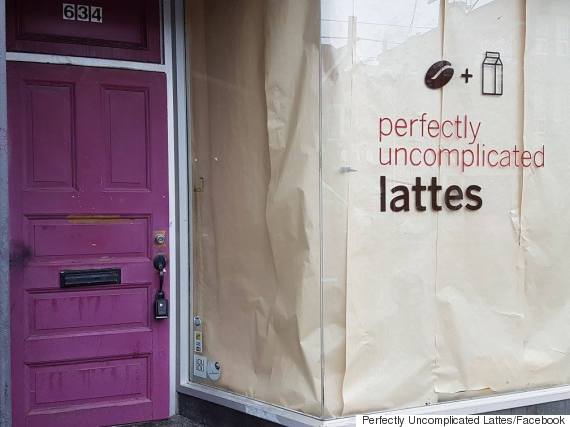 TORONTO, Canada – Tim Hortons is the pride and joy of Canada, but its coffee doesn’t always have the best reputation. That may be why the coffee chain introduced its latest product without any Tim Hortons signage.

The company opened a trendy cafe under the pseudonym of “Perfectly Uncomplicated Lattes” to sell its new two-ingredient drink.

The coffee shop popped up on Queen St. West in Toronto earlier this month, and marketed itself as selling only one product. The lattes were priced at $2.99 each and sold in just one size.

Curious passersby stopped at the cafe, which looks decidedly unlike a traditional Tim Hortons with its minimal decor and white couches. While many social media users didn’t pick up on the stunt, their lattes still got mixed reviews.

“I feel bad for saying this, but get your latte while you can because this place won’t last,” one user wrote on the cafe’s Facebook page.

Another criticized it for not catering to dietary needs by providing only one type of milk.

Some were genuinely pleased with the simple business idea, and praised the company’s clean look.

“Perfection is uncomplicated when you are an expert. Great addition to the hood. Perfect lattes!” one Instagram user wrote.

Tim Hortons revealed that it owned Perfectly Uncomplicated Lattes Wednesday, while also announcing that its chains will start selling “hand-crafted” lattes. The company added that proceeds from the mysterious pop-up shop, which is open for one more week, will go to the Tim Horton Children’s Foundation.

That sure is a complicated way of introducing a product billed as “uncomplicated.”