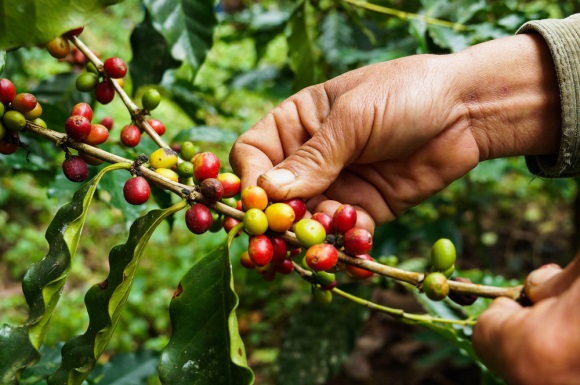 Thanks largely to The Bucket List, the movie where Morgan Freeman and Jack Nicholson tick off a series of once-in-a-lifetime experiences, there’s a common misconception that Kopi Luwak – the coffee produced from beans that have passed through a civet – is the most expensive in the world.

It isn’t. That accolade belongs to Black Ivory, which is made from beans that have passed through an elephant. It sells for an astonishing $US2000 per kilogram.

Once you disregard the “poop” coffees, the dearest beans come from the geisha variety of the arabica coffee plant, which can still fetch a frankly eye-watering $US700 per kilogram.

Although the varietal originally came from Ethiopia, the country that has had the most success growing it is Panama – a place that doesn’t exactly trip off the tongue when you think of coffee.

We’re standing in one of the company’s jungle-like farms in Boquete, a mist-shrouded highland region in the far west of the country that’s home to around 1200 growers.

Cafe Ruiz only grows arabica plants with geisha comprising 10 per cent of the crop. Compared to the robusta varietal from which a lot of mass produced coffee is made, arabica is hard work. Not only does it require more water but it also needs plenty of shade.

Thankfully, it rains here for nine months of the year and protection is provided by fruit trees planted throughout the crop.

Robusta might be easier to grow but, according to Carlos, it has “no flavour”. Once roasted, the beans have a bitter, burnt taste.

“Why do people add milk and sugar to coffee?” he asks. “To hide the taste.”

By far the most successful coffee producer in Boquete is Hacienda La Esmeralda. It has won numerous awards for its geisha coffee including first place three years in a row at the Specialty Coffee Association of America Roasters Guild.

Its beans are sold at auction which means they only turn up at coffee specialists such as Intelligentsia in Chicago and Seven Seeds in Melbourne. If you do manage to track down a cup, you can expect to pay upwards of $25.

As we wander through the farm, Carlos points out the clusters of red cherries that are ready to be picked. Plants ripen at different rates so they harvest for six months from October to March.

Picking is hard, back-breaking work. Labourers toil from 7am to 5pm, navigating hilly, slippery terrain that’s also home to snakes and fire ants. On average, they earn around $US1.40 an hour.

Carlos knows this all too well because he started picking at Cafe Ruiz when he was 10 years old. Since then he’s worked in every aspect of the business from processing to tasting to sales.

We head into the production facility where the ripe cherries pass through a flushing machine that separates the “sinkers” (the good fruit) from the “floaters” (the rotten fruit, stalks and insects).

Far from being thrown away, the floaters are sold to producers who grind them up to make instant coffee. “It’s like a hot dog,” says Carlos. “You never know what’s in it.”

Turning a “sinker” into a roast-able coffee bean is a laborious process. After the beans have been extracted from the cherry, they’re fermented for around 20 hours, then washed, dried, aged and finally hand-sorted by size, shape, density and colour.

Most of the beans are sold in this “green” state so buyers can roast them to their specific requirements.

Interestingly, coffee made from lightly roasted beans contains more caffeine than that made from a dark roast.

However, thanks to the marketing genius of the Italians, most consumers instinctively look for a dark or Italian roast.

According to Carlos, one of the worst offenders for over-roasting is Starbucks, or as he prefers to call them, Charbucks.

We finish the tour with a tasting at the company’s cafe. Carlos shows me the proper way to do it – swirling and sniffing the hot liquid like a wine before holding it in my mouth to appreciate the flavour.

We start with a light roast, which to my surprise, looks and tastes like tea.

It’s sweet, with citrus and lemon notes and a delicate, soft finish. Next up is a medium roast, which has more of the bitter tang you associate with coffee. Finally, we try the dark roast, which has that familiar smoky Charbucks aftertaste.

Carlos explains that the light roast is more popular in Asia, whereas Europeans prefer the dark roast. “But at the end of the day,” he concludes, “the best coffee is the one you like.”

Viahttp://www.araratadvertiser.com.au/story/4429924/the-worlds-most-expensive-coffee-beans-geisha-arabica-coffee-in-panama/?cs=34
Share
Facebook
Twitter
Pinterest
WhatsApp
Previous articleCall for Melbourne coffee cup reprocessing plant as millions end up in landfill
Next articleA Coffee Renaissance is brewing, and it’s all thanks to research and genetics