SAN FRANCISCO, US – How do you combat Asian anger? Focus on the positive aspects a heritage brings to a community and to a country. “Culture, Community and Collaboration are part of who I am, those traits come from my family background and traditions” said Upuia Ahkiong, a first generation Samoan-Chinese American born and raised in the San Francisco Bay area. Those cultural traits were so strong they led her to make a dramatic career change.

“I will be honest, my career change came as a complete surprise to me and to others who knew me,” Upuia Ahkiong explained. With her head down in graduate studies and her sights on becoming a principal she became aware that her grandmother was playing an important role into her professional future.

Her grandmother was from the islands of Samoa and was considered a Taulasea and Fofō; a traditional village healer of her time. Suddenly Upuia went from teacher to massage therapist. Upuia became a highly sought-after massage therapist at Google, Inc. While she was with the Google, Inc. she led and created a plethora of massage initiatives.

And #APAHM (Asian Pacific American Heritage Month) adding wellness to our lives doesn’t just start and stop at massage. Upuia recalls a time with her father, as he sat on a stool (mata tuai) grating coconut and then through a strainer (tauaga) to produce the luxurious and fresh coconut milk. Fast forward to today. Have you had a drink with coconut milk? I bet you have.

This coconut milk became a staple on the shelf at Starbucks in 2015 and due to its continued growth in popularity; the coffee house continues to concoct new beverages with it as a major component in 2021. Benefits of Coconut Milk

“‘Let’s focus on the beauty of our differences that we bring together,” says Upuia.

Upuia’s culture of community and wellness is easily seen in her work as founder of Kua Body, in 2014 and then in 2016 founding WELA. WELA (Women Entrepreneurs Launch) grassroots not for profit women’s entrepreneur business organization. It began in the heart of entrepreneurship in CA and has grown to embrace beyond city boundaries during the COVID-19 pandemic. It is currently offering women entrepreneur workshops partnered with Google

The next online event is set for Monday, June 21 where female entrepreneur attendees will learn how to use Google tools for marketing, leverage online space. sign-up at WELA. 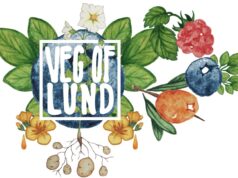 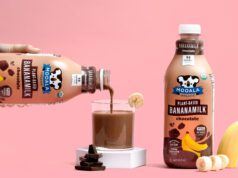 Mooala launches plant-based milks in over 1,200 Publix stores in the US 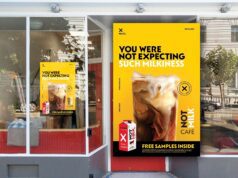