The Global Coffee Pods Market is slowing down. The end of an era? 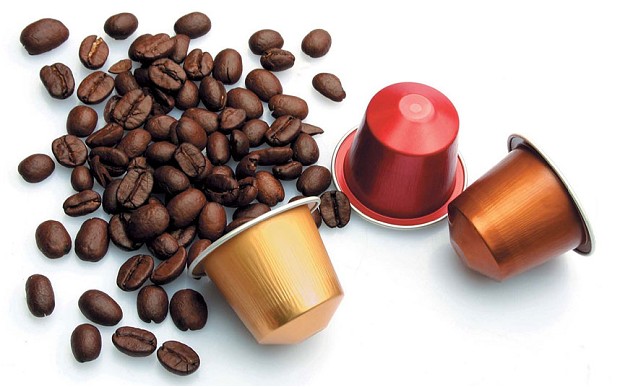 In celebration of International Coffee Day, Euromonitor has shared recent findings in the coffee pods market. Fresh ground coffee pods remain not only the fastest growing category of coffee, but of hot drinks in general.

However, market maturity, high prices, intellectual property battles and sustainability concerns have started to cause this category to lose its lustre.

Growth will still continue in pods’ core markets, but at a more subdued rate than in the recent past, as the gatekeepers to the major pod systems try to fend off a wave of new entrants to the category.

The next few years will see a considerable slow down in the growth rate of pods globally.

This astounding growth rate was unsustainable, and slowed to single digits in 2016, which is predicted to continue for the foreseeable future. Even so, pods remain the best performing category not only in coffee, but in hot drinks in general.

The woes of Keurig in North America are the major reason for this slowdown.

Consumers in Canada and the US fell in love with the Keurig system and its compatible K-cups during the early years of the review period, but a botched follow-up machine led to both the company and the category in general falling out of favour with consumers.

Market maturity also played a major role in slowing North American growth. Because of this, Western Europe will resume being the central region for global growth, as was the case prior to 2010.

The high price of pod coffee remains a significant problem for the category.

Coffee made from pods is comparatively much more expensive than alternative options. While this has made for healthy profit margins for companies, it has restricted the category’s appeal and made it vulnerable to disruption from newer, value-oriented products, especially private labels.

Prices are falling as a result of more brands entering the category.

Patent expirations affecting the Nespresso and Keurig systems have opened the category up to a large number of new, value-oriented competitors. This has made the category more affordable, but has posed a challenge to the category’s model of getting the machines into the hands of consumers and profiting from high mark-up pods.

Category Overview: The years of double-digit pod growth are over

Global volume growth of coffee pods fell to single digits for the first time in recent history in 2015, and continues to decelerate. It is predicted to be just 5% annually by 2021. The developed markets that pods have been generating their growth from are increasingly mature, and the category has not been able to expand in developing markets to the extent that this could start to compensate.

Even at slower growth rates, pods remain the fastest growing category not only in coffee, but also hot drinks in general. The 4% volume CAGR between 2016 and 2021 forecast for instant coffee mixes, the next most dynamic category, is still considerably less than pods’ 6%.

The only countries outside developed regions where per capita pod consumption is significant are Czech Republic, Slovakia and Israel, all of which are notably wealthier than is average for their region. Apart from these exceptions, substantial consumption is only found in Australasia, North America and Western Europe.

The countries that will see significant growth in pods over the next few years are largely the same ones that make up the pods market now, with the exception of Brazil, a rare example of a developing market where pods are catching on.

Trends to look for in pods in the future include sustainability and reaching out to the value-oriented consumers.

As criticism swells against the category for its environmental record, new products should look to make sustainability a major selling point, through products that are recyclable, compostable or refillable, as well as those that have the ethical labels found on other types of coffee, such as fair trade or organic certification. Successfully doing so could broaden the appeal of pods to consumers currently turned off by their wastefulness.

As unit prices tumble, a new segment of consumers can afford the pod category that could not before. There is likely to be a great deal of activity at the lower end of the price spectrum, as brands aim at the loyalty of these consumers.