The German stage of the #TheStormIsComing tour kicks off at Internorga 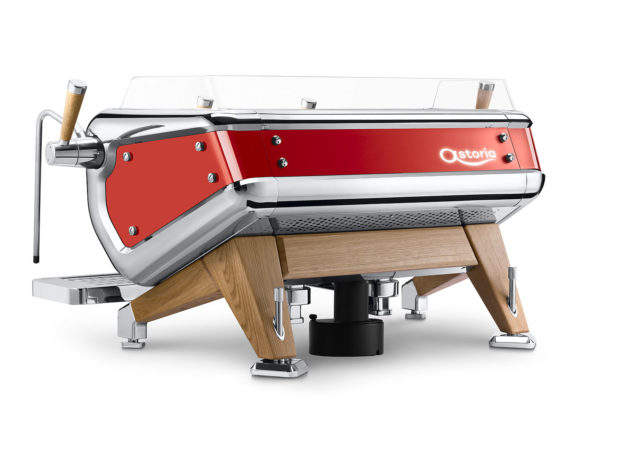 One of the horeca sector’s reference trade fairs, definitely at European level but on a worldwide scale as well, is Internorga, which for the 2018 edition will take place in Hamburg from March 9 to 13, 2018.

Over an area of 100,000 square meters, more than 1,300 exhibitors from 25 countries will have the eyes of visitors from all over the world trained on them for 5 days.

At the Astoria stand (Hall B2EG / Stand 102) at Internorga, the visitors will be attending the German stage of the #TheStormIsComing, the world tour that will take Astoria’s new entries to the most important trade fairs and events in the sector.

During the days at this venue, Storm will in fact be introduced and made available to German and international baristas and professionals, accompanied by one of its ambassadors par excellence, Michalis Dimitrakopoulos.

World champion of Coffee in Good Spirits 2016, Michalis will prepare some of his most famous coffee-based cocktails, including those that earned him the coveted title, exploiting the possibility offered by Storm in the FRC version, to personalize extractions at will.

Alongside Michalis, another outstanding bartender: Daniel Gerlach, German Champion of Latte Art 2015, will be exhibiting with performances of supreme artistic levels, utilizing the coffee and foam produced by traditional Astoria coffee machines (such as Core600, Sabrina, Plus 4 You TS) to create patterns that will delight the sight as well as the taste buds of coffee enthusiasts and lovers.

Sabine Lange, Astoria’s faithful bartender, will instead expertly extract the very best from HYbrid, the machine that integrates the full coffee grinding-dosing-compressing process typical of super automatic units, with a model that guarantees great cup quality, even when operated by less than expert bartenders or users.

An event not to be missed is the Barista Party, organized by Astoria in collaboration with La Varesina Caffè, open to all bartenders that have at least once taken part in the Austrian, Swiss or German championships, or served as panel judges for these.