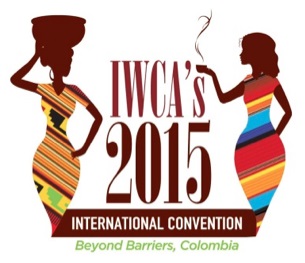 “This Convention was a big success,” summarized Grace Mena, the Convention’s president from Costa Rica. “We want to work closely with the Colombia chapter because the work it has done is significant and the role of the Federation is fundamental.”

“The message from Roberto Vélez, the Federation’s CEO, regarding the significance of women in coffee plantations was extremely helpful because there were representatives from other countries and other institutions, so it helped us to empower women,” added Mena.

The growing demand for coffee in different markets with a greater importance on specialty coffees and differentiated preparations in traditional markets such as the United States, Canada, Europe or Japan and the growth in internal consumption in producer countries such as Colombia and emerging countries such as China, Russia and South Korea represent good news for all producers.

“I would highlight the basic need to build a global coffee plantation model that may actually generate development for producing regions,” concluded Ana María Lleras, coordinator of the International Women’s Coffee Alliance of the FNC and co-organized by the Eighth Convention.

“We noted the need for sustainable human development, something which we have been working on at the FNC. The production is largely in the hands of small producers. Women are strategic allies, and they are now finding an income working in coffee plantations, but they want more: support, programs, education, empowerment, all the possibilities that the industry may offer them,” she added.

Another topic that was developed and explored during the conference was Sustainability from a broader perspective, without limiting it to certification and/or verification stamps; rather, extending it to the producer’s performance instead of the fulfillment of certain criteria and the significance of associations to access more and better markets.

Gender equality as a key factor for sustainability

Another issue that the experts from different countries agreed upon was that gender equality, aside from the traditional speech, is a key factor for the sustainability of coffee plantations.

On Friday, Lleras participated in a gender-related roundtable with Kimberly Easson, strategic alliances director of the Coffee Quality Institute (CQI); Penelope Hurndell, senior executive of the International Trade Centre (ITC), and Catherine Murphy, country director of the Africa Tanzania Coffee ONG, which has the ITC’s support.

Lleras noted that since its creation 9 years ago, the FNC’s International Women’s Coffee Alliance (IWCA) chapter has been working on changing paradigms and myths that were traditionally associated with men in the quest for sustainability. “These myths are barriers and sustainability challenges us to face them through coherent actions among different groups, i.e., producers, cooperatives, association groups, committees, customers, consumers, etc.,” she said.

“At FNC our approach toward gender equality does not only focus on our goals (equal opportunities), but also on translating them into actions that may contribute to the sustainable development of a country,” said Lleras.

Easson shared the results of a survey that included the review of the existing literature and workshops in Cauca, Colombia, Uganda, Nicaragua and Indonesia, on gender equality in the coffee industry; women do most of the work and re-invest 90% of the money they receive to cover expenses of their homes, whereas men only re-invest 40%, according to the survey.

The ICQ made a number of recommendations that included increasing women’s participation in training and to make the industry more sensitive to the gender issue; attaining a greater balance in leadership positions and supporting the decision-making at the home and farm level because it has been demonstrated that women are very responsible when it comes to anything related to coffee.

“Gender equality is the basis for a sustainable coffee industry (…), it is a strategic level for everything we wish to attain: Quality coffee, reliable supply, healthy coffee families and communities and a vibrant industry for future generations,” said Easson.

Hurndell exposed the ITC’s work in African countries and the ways to bring down the barriers to facilitate the work of women including the use of email addresses, a bank account, a secretary dedicated to the association (someone with the time and training), access to the basic tools such as a computer, Internet, a small office, the basic resources and searching for allies, sponsors or partners. “These strategies are fundamental but it is the small things that could trip you up,” she noted.

Murphy, on the other hand, explained the work that her organization carries out with the support of the ITC in Tanzania, a country were the coffee producing areas are very dispersed, with cultural differences that impose particular challenges for articulate women in the coffee sector.

The mapping and characterization of the coffee growing areas and communities, as well as the search for public-private alliances and the identification of key actors and potential networks are some of the actions that could help articulate the efforts and escalate the value chain, she said. 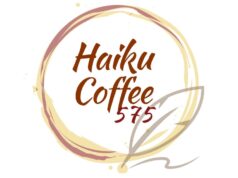 Haiku Coffee 575: From poetry to high-quality coffee straight from Africa 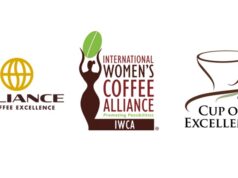 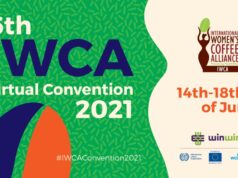 IWCA Virtual Convention 2021 kicks off today: Here is the schedule of the events online