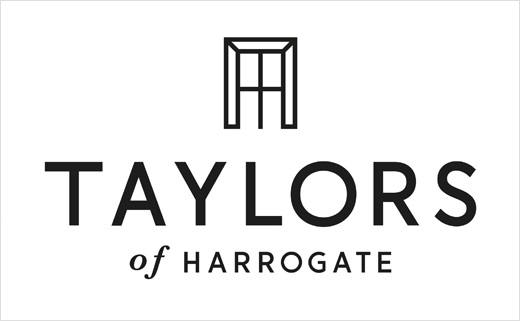 GLASGOW, UK – Taylors of Harrogate, an independent family tea and coffee business founded in 1886 and based in the historic spa town of Harrogate, England, was designated as one of the recipients of the UN Global Climate Action Awards. Last week, eleven game-changing initiatives were celebrated as winners of the prestigious UN Global Climate Action Awards during the UN Climate Change Conference COP26 in Glasgow.

The recipients of this special 10th anniversary edition of the Awards are being recognised as some of the most practical, scalable and replicable examples of what people across the globe are doing to tackle climate change.

This recognition will culminate in an Award Ceremony at 18:00 – 19:30 GMT on 10 November 2021. Internationally renowned CNN Anchor and Correspondent Isa Soares will serve as the event’s Master of Ceremonies. The Awards Ceremony will feature inspirational videos and a musical performance by Müller & Makaroff (Gotan Project), who will present ANTROPOCENO.

The Awards have been spearheaded by UN Climate Change (UNFCCC) since 2011. The Executive Secretary of UN Climate Change, Patricia Espinosa, is expected to speak at this special ceremony at COP 26.

“While we have the Paris Agreement as our guide, and nations and businesses promising to work together to keep us moving forward, people often need to see practical examples of what real climate action looks like before they themselves act,” she said.

“That’s why the work of these Award winners is so important. This is what inspiring leadership looks like.

“These awards are about more than shining a light on climate action; these award-winning projects are beacons guiding us towards a better future,” said Ms. Espinosa.

This year’s award-winning projects demonstrate leadership on climate change by nations, businesses, investors, cities, regions and civil society as a whole. They range from the world’s first renewable island community in Denmark to the leading debt-financing provider for distributed solar energy in Africa to a London-based fashion house focused on environmentally, ethically and socially conscious style for a sustainable future. Other winning activities include a UK crowdfunding platform enabling people to support home solar in Sub-Saharan Africa, and Mexico’s first metropolitan-level climate action plan.

“Everyone has a role to play when it comes to confronting the climate crisis,” said Gabrielle Ginér, Chair of the Advisory Panel. “The recipients of the UN Global Climate Action Awards are stepping up with the kind of bold and courageous leadership we need to see much more of to avoid the ever-worsening impacts of climate change.”

These 11 award-winning projects fall within three focus areas: Climate Neutral Now, Financing for Climate Friendly Investment and Climate Leaders. The winning projects will be showcased at a series of special events during the second week of COP 26, between 9-11 November 2021. The schedule for these events is available online.

Representatives from the winning activities are in Glasgow and are available for media interviews.

The 2021 winners of the UN Global Climate Action Awards are:

With 197 Parties, the United Nations Framework Convention on Climate Change (UNFCCC) has near universal membership and is the parent treaty of the 2015 Paris Climate Change Agreement. The main aim of the Paris Agreement is to keep a global average temperature rise this century well below 2 degrees Celsius and to drive efforts to limit the temperature increase even further to 1.5 degrees Celsius above pre-industrial levels. The UNFCCC is also the parent treaty of the 1997 Kyoto Protocol. The ultimate objective of all agreements under the UNFCCC is to stabilize greenhouse gas concentrations in the atmosphere at a level that will prevent dangerous human interference with the climate system, in a time frame which allows ecosystems to adapt naturally and enables sustainable development.