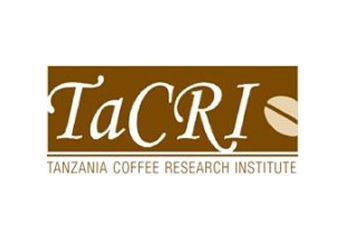 He said in various zones that cultivate coffee in the country growers will be engaging in planting the new coffee seedlings to boost efforts in addressing the problem of low coffee productivity.

The day is a global celebration of coffee’s journey from the farm to shops; an opportunity to honour the men and women who grow and harvest coffee. He noted that TaCRI would consistently support coffee farmers in the country to successfully have improved productivity and quality through technology transfer and crop improvement programmes.

Mr Magesa urged coffee farmers to strive in developing organic farming and apply Integrated Pest Management (IPM) technologies that do not use chemicals (insecticides) for the new cultivars to support the rehabilitation of coffee farms.

Through support from the European Union (EU), said the expert, TaCRI has developed and passed over to farmers the second-generation compact coffee hybrid varieties. “There are 38 compact breeding lines that are currently evaluated in five agro-ecological zones; 36 breeding lines are resistant to Coffee Leaf Rust (CLR); all 38 are resistant to Coffee Berry Disease (CBD).

We are going on with huge work and expect to release officially at least five to six others in 2017/18,” said Mr Magesa.

The ICO was established in 1963 after the first International Coffee Agreement (ICA) entered into force in 1962 for a period of five years, and it has continued to operate under successive agreements negotiated since then.

Mr Magesa noted that the latest agreement, the ICA 2007, was adopted by the Council in September 2007 and entered into force definitively on February 2, 2011.

Following a series of shortterm agreements between producing countries, a Coffee Study Group was formed to consider negotiating an agreement to include both exporting and importing countries.

“The outcome of the work of the Study Group was the successful negotiation at the United Nations headquarters in New York of the International Coffee Agreement 1962. This was followed by a second five-year Agreement in 1968.

These two agreements contained provisions for the application of a quota system whereby supplies of coffee in excess of consumer requirements were withheld from the market,” he said.

The seventh International Coffee Agreement reached on 2007, strengthening the ICO’s role as a forum for intergovernmental consultations, facilitate international trade through increased transparency and access to relevant information.

It also promotes a sustainable coffee economy for the benefit of all stakeholders and particularly of small-scale farmers in coffee producing countries.

He said the overall objective of the agreement is to strengthen the global coffee sector and promote its sustainable expansion in a market-based environment for the betterment of all participants in the sector.

Other new objectives include encouraging members to develop appropriate food safety procedures in the coffee sector; develop strategies to help local communities and small-scale farmers to benefit from coffee production and facilitating the availability of information on financial tools and services