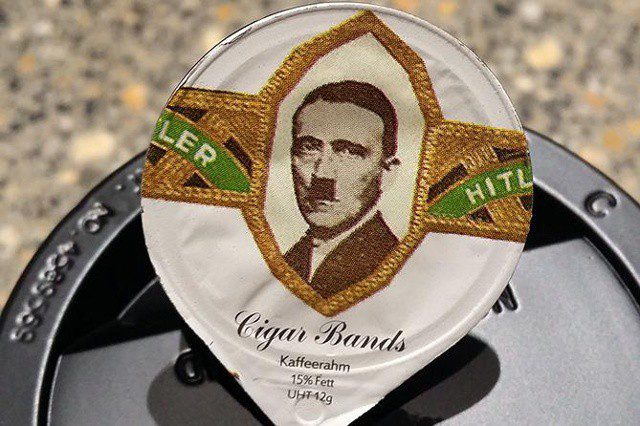 Some coffee drinkers in Switzerland have been startled to find images of Hitler or Mussolini on their packages of coffee creamer. The offending creamers have appeared at various cafés and restaurants. They were produced by milk-processing company Elsa-Mifroma, a subsidiary of major Swiss retailer Migros.
In a statement on its website, Migros apologised for the “inexcusable blunder”, saying that “products with such motifs should never have been delivered”.
Migros announced on Wednesday that it would no longer do business with Karo-Versand, the company that made the packaging, after Karo’s Peter Wälchli described the Hitler pictures as “unproblematic”.
Migros said that internal controls had failed in that the packaging had been approved without proper consideration.
“In the future we’ll be sure to sharpen our controls,” said Migros, which added that it was now doing everything it could to remove the fascist faces from the market.
The images of German dictator Adolf Hitler and his Italian counterpart Benito Mussolini were part of a series of 30 coffee creamer lids featuring cigar band designs.

Costa closes all its UK shops a few hours before Government’s lo...