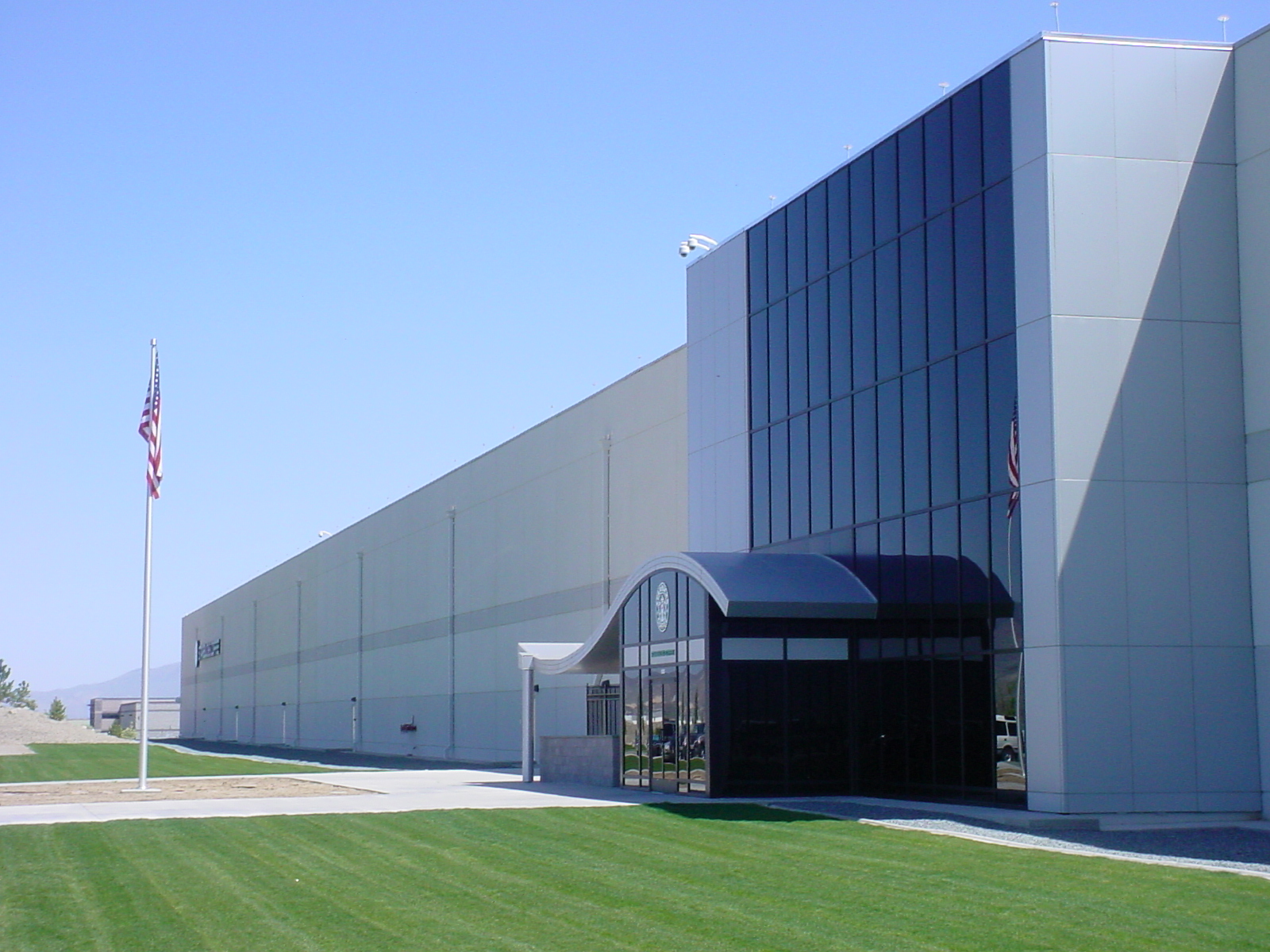 SEATTLE, U.S. – Starbucks operations in Nevada’s Carson Valley plans to grow substantially over the next year with the addition of 700,000 square feet to the distribution portion of the Starbucks Carson Valley Roasting Plant and Distribution Center in Minden, Nev.

The expansion will bring nearly 100 new jobs to the location in the first year after completion, bringing the distribution workforce to nearly 350.

A June 7 ceremonial groundbreaking kicked off the $50 million project, which will wrap up in summer 2018.

Only the distribution portion of the 341,000-square-foot building will be enlarged, allowing Starbucks to increase capacity and streamline regional sourcing. The roasting side of the operation will be unchanged.

“We serve all of California, Nevada and Utah, as well as parts of Arizona and Asia Pacific,” said Todd McCullough, director of distribution at the facility. “We do everything here from coffee to syrups to behind-the-bar supplies.”

McCullough, who has worked at the Carson Valley Roasting Center and Distribution Center since it opened in 2003, said the expansion will create a range of new jobs for managers, supervisors, coordinators and distribution partners.

Lisa Granahan, economic vitality manager for Douglas Country, where the distribution center is located, said Starbucks provides vital balance in a local economy where a third of the workforce holds lower-paying tourism and leisure positions.

“It’s been a target of the country and our Economic Vitality Program to grow more of the industrial sector,” said Granahan.

“We’re just extremely pleased to see Starbucks expansion and the additional jobs, and further diversification of our community. I also believe this could bolster the number of working families in our community. We have seen a decline in our school system over the years. We’d just really love to see our school numbers rise again.”

The Carson Valley facility is also the site of the first Starbucks Inclusion Academy. Launched in 2014, it provides six weeks of training to help individuals with disabilities gain meaningful work experience in manufacturing, warehousing and distribution.

Its success has prompted Starbucks to expand the program to the York Distribution Center in York, Penn., in 2015 and launch the Starbucks Retail Inclusion Academy in Baltimore in April. McCullough said 27 members of the Inclusion Academy’s eight graduating classes have been hired by Starbucks and expansion will create additional job opportunities for grads.

“We think the Inclusion Academy is outstanding,” said Granahan.

Starbucks was named Business of the Year for Douglas County in 2016. Granahan said Starbucks earned the honor for a variety of reasons, including its growth, benefits programs, sustainability efforts and ongoing connection with the area.

“Starbucks has made an impact from a community involvement perspective, volunteering thousands of hours and making other sizable donations to local nonprofits,” said Douglas County Manager Lawrence Werner. “It is safe to say other businesses that are considering locating in the county take note of Starbucks decision to be here.”