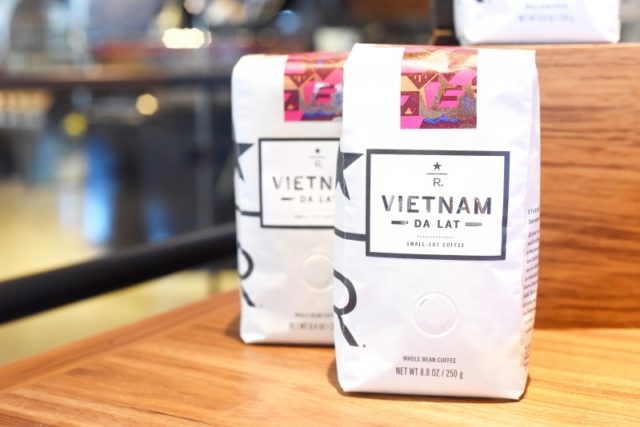 The Vietnamese Da Lat whole bean first made an appearance at Starbucks stores in the country in early 2016 and became popular.

Patricia Marques, general manager, Starbucks Vietnam, said: “Vietnam Da Lat is a popular coffee among partners and customers and is versatile in many brewing applications. Great as a brewed coffee in the morning or a delicious espresso option for your favorite espresso beverage, we are excited by its return.”

It is available in all Starbucks stores across Vietnam from January 6, she said.

The company said the brew is available at its two reserve stores in HCM City and Hanoi, while the other stores just sell coffee powder.

To mark the return, the company is presenting a gift set of Vietnam Da Lat coffee with one Starbucks Reserve Vietnam Da Lat whole bean pack and one logo mug at VNĐ370,000 (US$15).

According to Starbucks, Da Lat offers not only an escape from the heat but also an ideal environment for the cultivation of high-quality Arabica beans.

The fertile volcanic soil, constant cool temperature and seemingly ever-present mist culminate in a coffee every bit as distinctive as the land from which it came, it said.

The beans deliver a vibrant acidity which highlights the notes of kola uts, toffee and vanilla.

The company will mark the upcoming Year of the Dog by introducing a collection with puppy-inspired designs that customers can enjoy or buy as gifts for family and friends during the holidays.