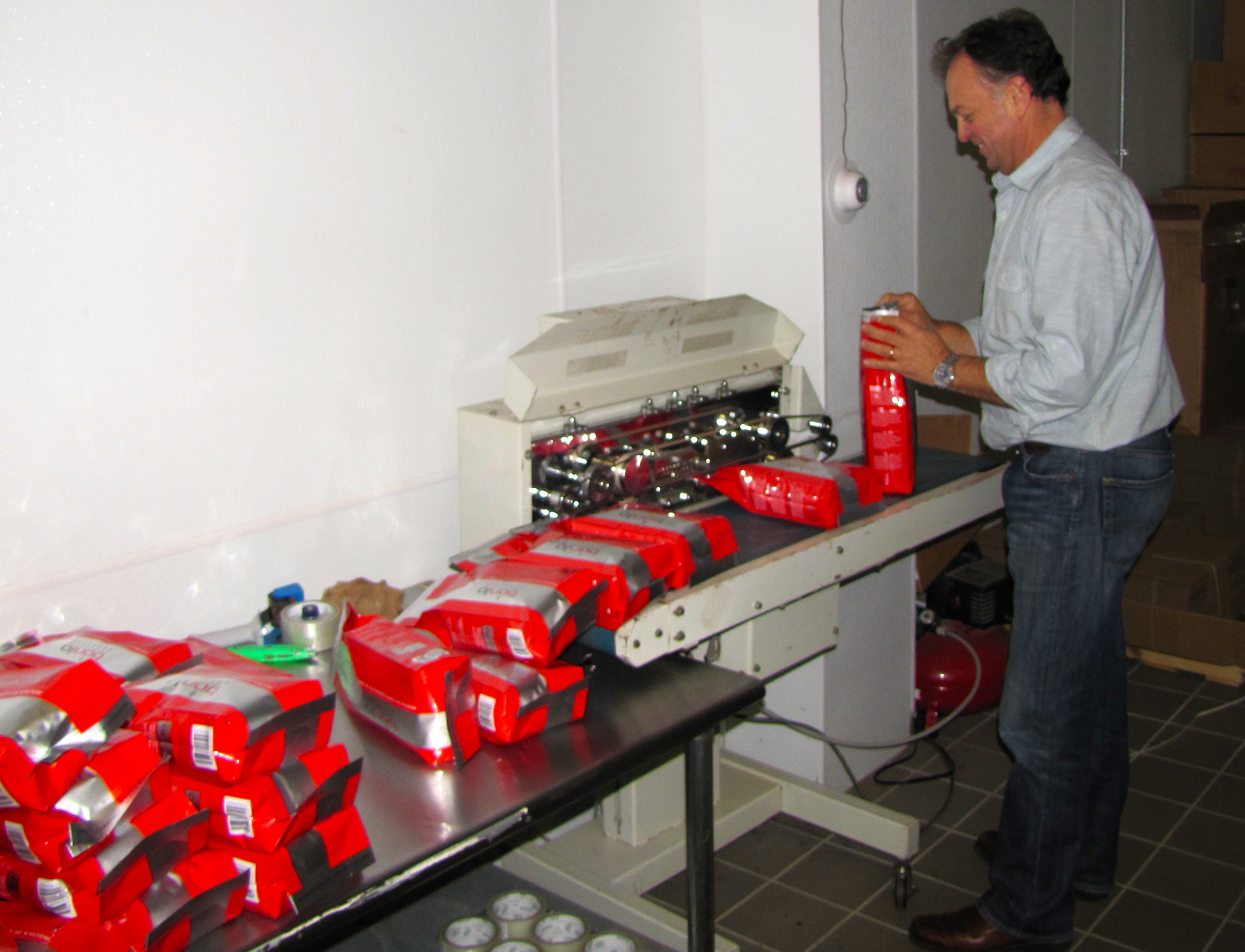 STAMFORD, Connecticut — Giuseppe Bonaiuto has been following the heady aroma of roasted coffee all his life.

Growing up in Naples, Italy, he fondly remembers walking home with friends from school and following the rich smell of roasting coffee wafting out of a cast iron pot atop a stove in his grandmother’s kitchen.

Now 60, Bonaiuto has a huge roaster painted Ferrari-fire engine red at his East Side business, BonJo, where about 300,000 pounds of beans are roasted each year.

The name was easy, said Bonaiuto, who now goes by Joseph. But the name also means good, as in bon, and joe, as in coffee.

After years of importing beans from Italy, Bonaiuto got the idea to duplicate the perfect Italian espresso coffee here.

“I really decided to start roasting coffee because people were telling me that there will never be anyone that will be able reproduce an Italian espresso in the United States, so that was a challenge to me,” he said.

So, Bonaiuto, who came to the U.S. when he was 18, began buying imported green coffee beans and special ordered the handsome 5,000-pound roaster from the Giuseppe Balestra company, which has been making roasters for more than a century.

The machine, capable of roasting 90 pounds of coffee at a time heats the beans up to about 400 degrees before they are dropped into a bin where they are stirred with metal bars and brushes while being cooled with air piped into the bin with a fan.

“I said there is no reason why I couldn’t duplicate what they did in Italy,” he said. “And I did it. I accomplished it.”

BonJo’s showroom coffee shop, which opened in 2013 between a Dunkin’ Donuts and Donut Delight, offers a strong, but smooth espresso.

Bonaiuto said the espresso he grew up with was even stronger.

“In Naples, they like it dark and stormy,” he said with a grin.

A good espresso, Bonaiuto said, should be smooth. But you should feel the impact of the coffee on your mouth and it shouldn’t be bitter or attack your palette.

“It’s a good cup of coffee,” retired police Sgt. James VanAllen said simply as he sat at the counter.

“They are great. I can’t tell you enough about them. It’s the best around. It can’t be beat,” said Grieco, who has been buying the coffee since he ran Michelangelo’s Deli on Cove Road about 18 years ago. “Their American brew and espresso are just top notch.”

Bonaiuto and his wife, Maria, began their business in the late 1970s in Yonkers, N.Y. Bonaiuto said he has since sold coffee to about 20,000 restaurants, schools, country clubs and companies.

He estimated nearly all of his business is wholesale and the company roasts between 20,000 and 30,000 pounds of coffee each month.

BonJo’s coffee roaster, Jim Bradshaw, said he listens closely to hear the beans turning over in the heated metal drum begin to crack. He waits for the beans to exude what he described as a “rich bread smell” before he knows the coffee is nearing its peak.

After hearing the beans crack, Bradshaw, 26, said he continues roasting for three to eight minutes depending on the batch, which loses about 15 percent of its weight to evaporation.

“I love it. It is something that I wanted to do and I’m doing it,” said Bradshaw, who began working at BonJo as a barista in the showroom.

“I go out to restaurants in the area and when I look in back and see the BonJo logo on their coffee, I know I did that. I roasted it, I packaged it. It’s a sense of pride.”