South Korean imports strongly up despite economic down turn 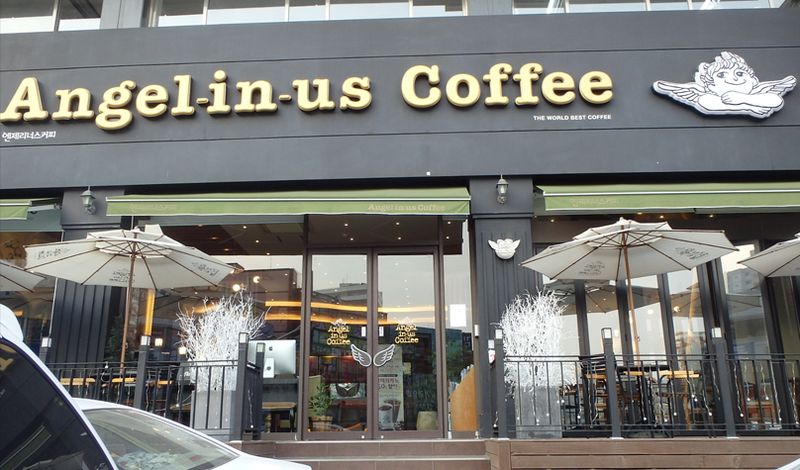 Despite the economic down turn and health concerns, coffee industry resources expect to continue to grow by 10 percent annually for the coming years as the last four consecutive years have done.

South Korea’s per capita coffee consumption is five-times greater than consumption in the rest of the Asia -Pacific region and, the coffee market overall is estimated at about $3 billion in 2014.

As the younger generation continue to experience a western coffee culture and consumers demand premium, high quality coffee beans, this trend is expected to continue.

Chained specialist coffee shops recorded highest growth in 2014 with value sales up by 11%. Starbucks Coffee Korea leads cafés/bars in 2014 with value share of 4 %. Coffee consumption by the average Korean adult increased 23.1 percent between 2009 and 2014 to reach 341 cups in 2014, most of the growth was by regular coffee such as espresso and other products brewed directly from roasted beans.

Coffee is a more preferred form of hot drink in South Korea compared to tea. Consumers very much love specialty coffee shops, which showed continuously high growth during the last several years. Instant coffee and hard pod coffee are also taking a considerate share of the market. Hard pod coffee has shown sharp growth since 2007 with leading brands such as Nespresso and Dolce Gusto expanding their popularity.

Tea is starting to gain popularity as more brands are entering the market and with existing brands lowering unit prices to compete against new competitors. In 2014, there were about 12,000 specialty coffee shops, such as Starbucks and Café Bene, a 12 percent increase compared to the year 2013 and 140 percent growth since 2009.

Moreover, with demand surging among young Koreans for good-quality coffee served in a modern, comfortable environment leads to the popularity of coffee and the expansion of coffee franchisees. Because of the continued penetration of roasted bean coffee into the market, the growth is expected to be sustainable for the coming years.

This shows that the previous competition between the high end franchise specialty coffee shops has moved into the more accessible region of the coffee market. Most of the roasted coffee bean imported from the U.S. is handled by the U.S. based franchise coffee chains such as Starbucks, Coffee Bean and Tea Leaf, etc. In addition to these stores, even the fast food restaurants, such as Macdonald’s and Lotteria also showcased premium coffee from fresh beans at a lower price compared with that of other franchise shops.

In 2014, Korea imported roughly $594 million worth of coffee and this is approximately an 18%- rise from previous year. Korea’s coffee import had been increasing since 2003 due to booming of the coffee franchises such as Starbucks, Coffee Bean and Tea Leafs. The coffee sector in Korea is promising as more people, especially younger generations are adapting to western cultures.

Instant coffee and coffee mix: Total sales of the instant coffee mixes in Korea in 2014 amounted to $1.06 billion, down 9.4 percent from the previous year. Sales of the industry this year through the third quarter marked 5.7 percent decline from 2014.

The instant coffee has been such a dominant coffee market sector and it still holds a highest portion of the coffee market share. The growth in the sales of coffee mixes primarily depend on its convenience, but recently, the growth is being carried by the premiumization of the instant coffee mix. As the quality of the coffee mix improves and is marketed to the consumers as such, there is a good chance that it will maintain its current popularity.

RTD coffee showed significant growth during last several years, as drinking coffee became popular in South Korea’s culture. However, as the RTD coffee market matured, the market recorded 4%-growth to reach $1.1 billion in 2014. RTD coffee matured with a variety of products compete amongst others, and is shifting to premiumisation . Sales were driven by bigger-sized premium brands, as RTD coffee shifted to premiumisation.

RTD coffee sales were driven by small-sized metal beverage cans, mostly 175ml, such as Let’s Be by Lotte Chilsung Beverage. Even though this type of traditional metal beverage can still account for significant share of RTD coffee, growth is led by other types of packaging.

Starbucks products from Dongsuh Foods, Starbucks Frappuccino and Starbucks Discoveries, enjoyed rapid growth up until the beginning with the strong brand image of Starbucks on-trade café among Korean consumers, and its premium position in RTD coffee. As promotion in prices will continue, the constant unit price of RTD coffee is expected to decline in coming years. RTD coffee is expected to stagnate with a 1% growth in volume and value terms measured at constant 2014 prices. RTD coffee has become matured, and there is little room to attract additional significant demand.

Coffee consumption by a Korean adult increased 23.1 percent between 2009 and 2014 to reach 341 cups in 2014, most of the growth was by regular coffee such as espresso and other products brewed directly from roasted beans.

Hard pod coffee has shown sharp growth since 2007 with leading brands such as Nespresso and Dolce Gusto expanding their popularity.

Moreover, with demand surging among young Koreans for good-quality coffee served in a modern, comfortable environment leads to the popularity of coffee and spread of coffee franchisees. In 2014, there were about 12,000 specialty coffee shops, such as Starbucks and Café Bene, a 12 percent increase compare to a year of 2013 and 140-percent growth since 2009.

• One of the major daily newspapers reported that the ‘2nd round’ of the coffee market war began in 2014, because major convenient stores have been launching regular brewing coffee machines in the stores such as Mini Stop, Seven Eleven, GS 25 and CU already with competitive quality coffee and price.
• In 2014, the Korean coffee market recorded 55% market share out of whole beverage markets excluding water and grain tea market, which is increased by 0.6 percent sales value compared to a previous year. According to an industry survey, above 20 years old Korean adult drank 592 cups in a year of 2014 at an average of 1.6 cups in a day.
• Starbucks is also working as the innovative coffee shops in South Korea. As of December 2014, 19 drive-through outlets are operating in eleven cities nationwide, which is one of the highest drive-through outlet numbers in the market. The company opened its first drive-through outlet in Seoul in November 2014. Starbucks states that the revenue sales of these drive-through outlets exceed more than 40% that of ordinary outlets. Starbucks Coffee Korea led sales in 2014. Even with many other specialty coffee shops entering and growing, Starbucks still possesses strong brand power and consumer loyalty.
• According to the Korea Consumer Agency, consumers feel that Starbucks has the best taste in coffee, Ediya Espresso has the most reasonable price, and Angel-in-us Coffee has the most preferable outlet interior. These were their reasons for visiting each chained specialist coffee shop. Accordingly, all three ranked amongst the top five brands in 2014 in value sales terms and recorded positive growth.
• Chained specialists coffee shops serve not only drinks but also light meals such as sandwiches, cakes, and other desserts with launching new menus each season. Specialty coffee shops as chains, led cafés/bars in 2014. Amongst the top ten brands in 2014, nine are chained specialist coffee shops, adding up to a combined value share of 16%.

• There has been ongoing controversy that chained specialty coffee shops prices are way too high compared to its cost of production or quality. Such opinion has led to sales increases of brands that have reasonable prices: Ediya Espresso recorded value sales growth of 40% in 2014 compared to 19% growth for Starbucks. If chained specialty coffee shops continue to set high prices regardless of such opinions, the market may lose its share to other competitors such as independent specialty coffee shops, hard pod coffee and instant coffee. In order to see constant healthy growth, chained specialty coffee shops will need to be cautious in executing pricing strategy.
• Korea’s coffee industry has grown up 50 percent over the past three years, seeing an explosion in both import and consumption to its place as 11th largest coffee market in the world. South Koreans are now amongst the top global consumers of coffee, and the country is home to over 12,200 coffee shops. Seoul itself boasts the highest concentration of coffee shops in any city in the entire world. Each of the various coffee formats has role to play for coffee lovers. Meanwhile, take-away coffee from cafés is selected primarily for their taste, while the outlets are easy to get to and offer a cozy atmosphere. Drip coffee is chosen primarily for its taste, while low price and variety of flavors also rank highly for consumers. Canned coffees are primarily selected for their low prices, and consumers tend to be loyal to their brands. Convenience was also an important factor.
• Chained specialty coffee shops will continue to show high growth amongst Cafés/bars. By year 2019, value sales of chained specialty coffee shops expect a 26% market share of total cafés/bars market. This is sharp growth considers the ratio was 19% in 2014 and only 5% in year 2009.
• A trend of capturing both sales demands will be noticeable across other markets such as a combination of specialty coffee shops and street stalls/kiosks, ice cream fast food and specialist coffee shops in the near future.
• A spacious outlet area is required to set up a drive-through system and many chained specialty coffee outlets located in city area cannot afford to build such a system while they even lack parking space due to expensive rent. Takeaway is growing in cafés/bars. Drive-through was not common in Korea in the past, however, chained specialty coffee has contributed highly to this trend.

Trend Korean consumers are also very health-conscious. For example, it is easy to find some organic coffee in the grocery stores these days. The recent favor for the black coffee also stems from the awareness for the benefit of the black coffee, introduced in media. Nevertheless, considering the recent focus on the health and wellness, if suitably targeted and advertised, may bring decaffeinated coffee into demand.

Not to mention the fact that decaffeinated coffee is still not very well known in Korea. The use of instant coffee also decreased with the knowledge that prima (the white substance that is used to soften the taste of coffee) is bad for health while roasted bean coffee sales rises dramatically over the past few years.

Thus it would be a good strategy to advertise a coffee product with relation to the health benefit it has. On the other hand, experts in coffee industries doubt the potential popularity of decaffeinated coffee because Korean locals are accustomed to caffeinated tastes and giving stimulus to their system is one of the main reasons for their caffeine consumption.

Duties on unroasted coffee were removed immediately upon implementation of the KORUS FTA agreement. Duties on roasted coffee and instant coffee will be phased-out in five equal annual stages and these coffees will enter duty free in year five of the Agreement.