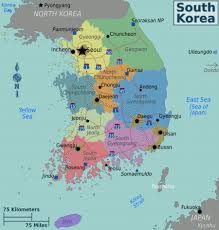 SEOUL – The Ziferblat concept, or “pay-per-minute” cafe  may be the answer to Korean small coffee house owners who worry over customers overstaying, including job-seekers and students. The idea comes from a Russian chain, where “everything is free inside except the time you spend there”.

Ziferblat recently brought this innovative business model to London from Russia, charging three pence per minute. The price is all-inclusive, with access to Wi-Fi and complimentary snacks including biscuits and coffee.

Ziferblat comes from the Russian and German words for clock, as guests take an alarm clock from a cupboard on arrival. Customers pay as they go by the minute.

The concept took off quickly, already drawing regulars at the London branch with magazine Time Out referring to the place as “a contender for best opening of the year” on Wednesday.

“It is difficult to sustain the café with customers taking up the few available seats for long hours, hugging a cup of coffee in exchange,” says a owner of a café in Daechi-dong, southern Seoul, who identified herself by the surname Shin.

Local media outlets recently reported that small cafes located in residential areas are suffering from poor sales after students started to come to study rather than for a cup of coffee, away from high-priced coffee shops on main streets.