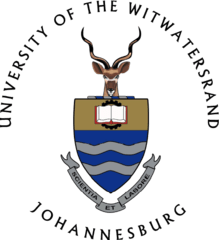 A group of fourth-year students of industrial engineering from theUniversity of the Witwatersrand (Wits), Johannesburg have developed a stick that once stirred into boiling water, produces a fresh cup of coffee.

“Co Go,” as the product is named, was developed by Claudia Frowein, Yehuda Goldberg, Kashvir Maharaj, Spiro Couvaras, Keenan Mayet and Vishal Shrivastava all of whom are keen coffee drinkers.

The group hopes to develop a cappuccino option, where the stick will be coated with the ingredients found in an instant cappuccino sachet

The prototype was infused with moisture as the ingredients were steamed onto a plastic stick. If the idea gets taken up by investors, the process will require more technology and research, said Couvaras.

The final product would have its contents on a wooden stick, a recyclable material, said Shrivastava, and the ingredients would dissolve immediately.

“The coffee market in South Africa is growing at ridiculous rates. More people are drinking coffee and looking for convenience,” said Mayet. The group had received positive feedback for the project because it was “a novel idea”.

There were sachets made for convenience, but “you don’t get coffee on a stick.”

Want to know how the “Co Go” works? Watch here.